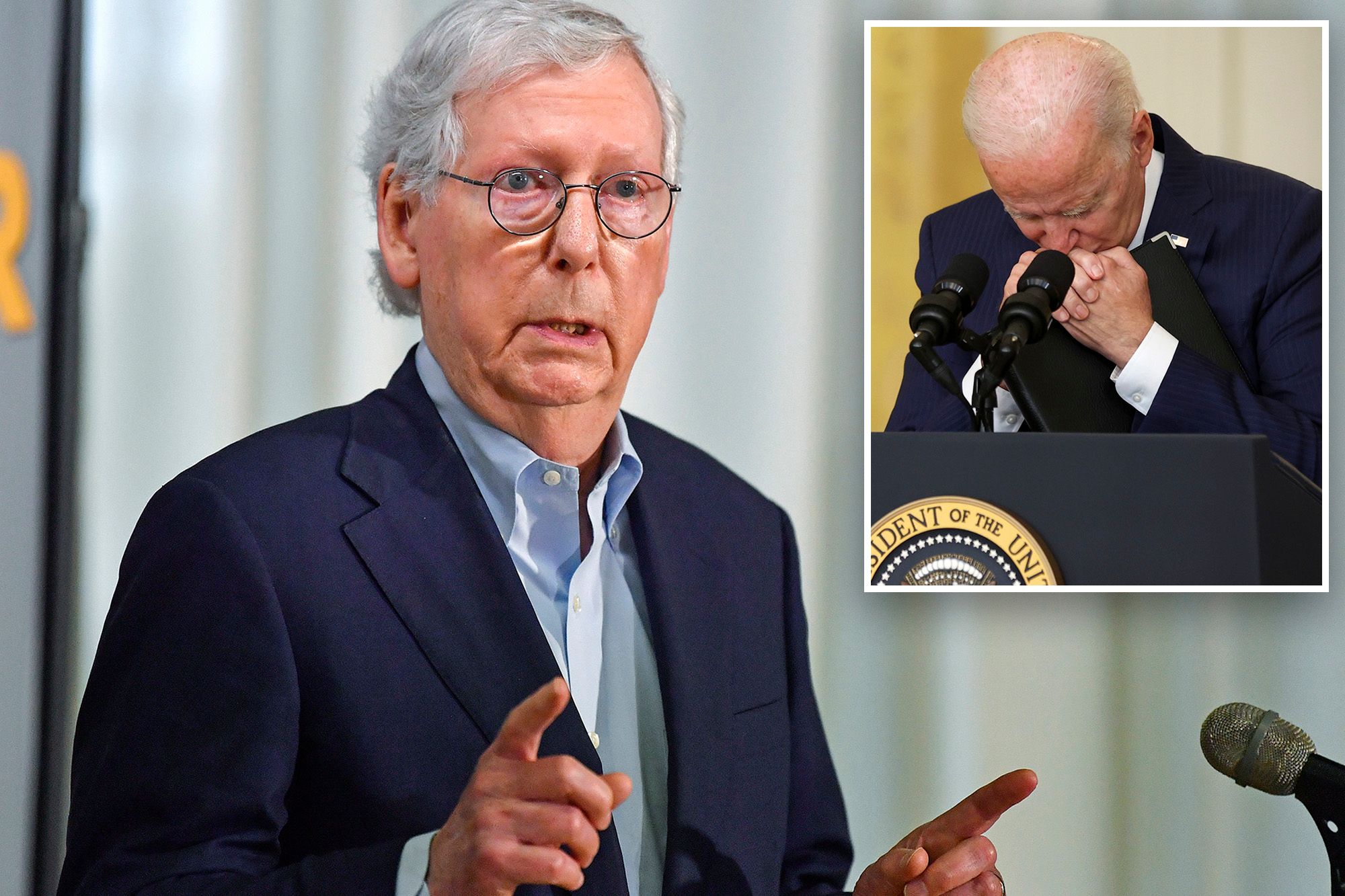 Will Mitch come to the rescue?

Once again The Treasury Department has predicted that the U.S. will run out of money, this time in October.

Since the government has not operated under a fully legislated and signed US budget since Bill Clinton’s presidency, the power players are calling for increased borrowing to keep the government funded.

Secretary Janet Yellen is warning of “irreparable” harm if Congress does not come together to raise it in order to prevent the country from defaulting on its debts. Republican leadership just doubled down again calling on Democrats to raise it themselves as part of the $3.5 trillion package, which can pass on party lines.

While all eyes are on President Biden’s meetings with Senators Joe Manchin (D-WV) and Kyrsten Sinema (D-AZ) trying to pressure them in supporting the Democrats’ $3.5 trillion spending bill, there has been no progress on increasing the debt ceiling, risking the authorized funding to run the government and fund the bill.

Senate Minority Leader Mitch McConnell Tuesday doubled down on Republican opposition to raising the debt ceiling, instead of saying that Democrats were solely responsible for increasing it given their control of Congress and the White House.

“Let me make it perfectly clear,”

McConnell told Punchbowl News. “The country must never default. The debt ceiling will need to be raised. But who does that depends on who the American people elect.”

The Daily Caller is reporting

“I have voted to raise the ceiling in divided government,” McConnell continued. “I voted to raise the debt ceiling to cover all of the spending through the present, as part of a bipartisan negotiated caps deal between the previous administration, the speaker and myself. So the only issue is, whose responsibility is it to do it? A Democratic president, a Democratic House, and a Democratic Senate.”

Democrats, however, have repeatedly refused to raise the limit on their own. House Speaker Nancy Pelosi said that the provision will not be included in their reconciliation bill, which can skirt a filibuster and pass Congress without any Republican votes, and has called on both parties to vote to increase it like in years past.

“[Raising the debt ceiling] has to happen,” Pelosi said during her press conference last Wednesday. “[But] we won’t be putting it in reconciliation.”

In the end, the GOP typically folds on their threat to not raise the debt ceiling, and if I was a betting person expect the same to happen this time.

I sure hope not as these spending bills are a disaster and without the debt ceiling increase, they would die as there would be no funding for them.