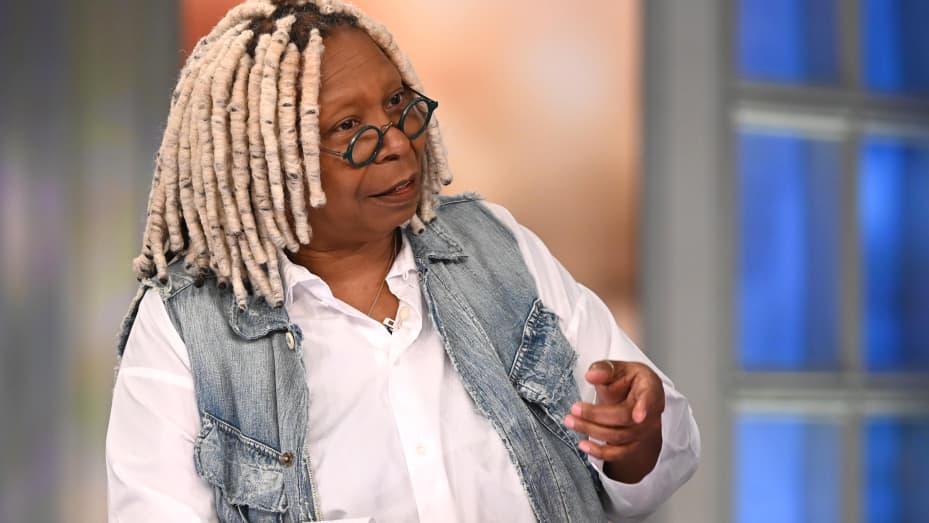 Whoopi Goldberg just doesn’t get it. Somehow, even though she disagrees with everyone on the planet she still will insist she is right. That also means she is a poor judge of character. She started spouting off about Clarence Thomas and Whoopi said that he wants to end interracial marriages.

“What the Democrats seem to be running on is also protecting everyone’s rights,” Goldberg said. “Regardless, whoever you love or whoever you’re married to if you’re married — I don’t know — but they’re trying to make sure that the rights you are so easy, you know, able to give away we’re trying to hold on and say, actually you can’t do that. Especially for a lot of folks who are also married interracially, which is coming up, you know bobbing its ugly head around.”

Even Joy Behar understands that Clarence Thomas is a Black man married to a white woman. Joy Behar pointed out that Justice Thomas has no intention to ban interracial marriages, but Whoopi insisted that Thomas said he would. (Spoiler alert: Thomas never said any such thing.)

Whoopi Goldberg falsely claims the Supreme Court is looking to abolish interracial marriages and that Justice Clarence Thomas is leading the charge.
"Yeah, he brought that one up," she ignorantly declared. "Yes, he did! Yes, he did!"#ABCStandards pic.twitter.com/AyOK9uJPbX

He wrote that the court should “in future cases … reconsider all of this Court’s substantive due process precedents, including Griswold, Lawrence, and Obergefell.” The cases Thomas cited established a constitutional right to privacy that broadly protects contraception access, sodomy, and gay marriage, respectively.

Importantly, Thomas did not write that these cases were wrongly decided. He took issue with the legal principle of substantive due process, which has been used by courts to establish protections for rights that are not explicitly mentioned in the Constitution. Thomas called this principle “an oxymoron” that “lack[s] any basis in the Constitution,” and said the reasoning of the cited cases should be reconsidered using other legal principles.

Hostin pointed out that Thomas had not brought up the SCOTUS case Loving v. Virginia, which allowed for interracial marriages, but once again, Whoopi insisted that he had.

“I’m telling you, when he spoke about all the things that could go, this was one of the things he brought up.”

And despite members of the cast telling her otherwise, Whoopi insisted her falsehoods were the truth.
"I'm telling you, when he spoke about all the things that could go, this was one of the things he brought up." pic.twitter.com/Fqjcl2Cjsh