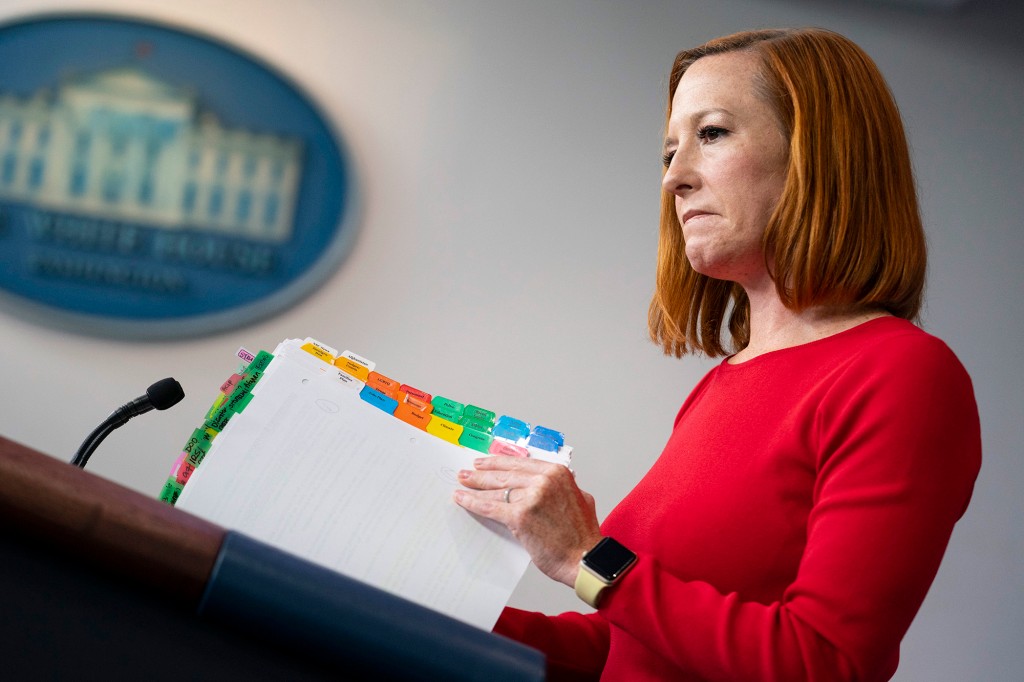 In a stunning admission … and not stunning because it’s hard to believe, but rather stunning in that I never expected her to admit it, Biden’s Press Secretary, Jen Psaki admitted who the real boss is.

Ever since Joe Biden was proposed as a possible candidate for president his main pitch is that he was part of Obama’s regime.  Let’s be honest, there is no substance to Joe, even when his brain seems to be functioning.

The man is a walking …sometimes talking, gaffe machine.  If he’s not molesting women and kids or smelling their hair, he’s making off color racial remarks or stopping mid sentence because he forgot what it was he was trying to recite.

We have long discussed who was really calling the plays behind the scenes.  We often postulate that it’s the CCP and large donors from the Fortune 500, banks and Big Tech.  The one, most obvious name that keeps coming up is Barack Obama.

Well, it looks like we need to guess no longer, as Press Secretary Psaki, let the cat out of the bag …

‘Perhaps the most consistent question about the installed dementia patient occupying the oval office, is about who actually is planning the policy, scheduling the implementation and giving Biden his instructions after his breakfast pudding.

For those who have followed politics closely, the answer has always been obvious: Barack Obama and the Chicago crew.

JoeBama is not a meme, nor is it a snarky slap at the current White House occupant, it is a reality.

Barack Obama and his ideologues (who took over the DNC) are now completely in control over the leftist policy execution.

Obama with the help of his former administration crew, eliminated the remaining remnants of the Clinton machine, installed Tom Perez and then set about absorbing the AME church network…. that’s where James Clyburn came in, to endorse Biden as part of the final stages of the plan.

Remember when Obama told us that he was going to ‘fundamentally change the United States of America’?  He wasn’t joking.  THIS is what it looks like.
Continue Reading
You may also like...
Related Topics: