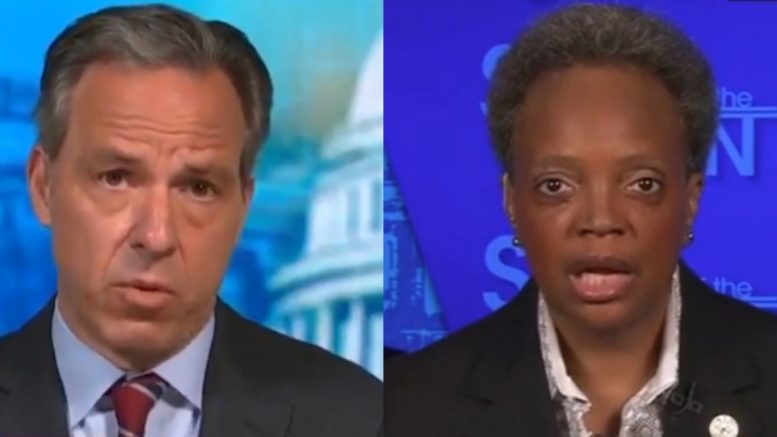 Wow, what a demonstration of a lack of integrity, ability, and desire to deal with the increasing gun violence in her city. Chicago Mayor Lori Lightfoot (D), an anti-Trump leftist, blamed the rising gun violence in the Windy City on; “being inundated with guns” from outside states.

Under increasing scrutiny since winning the election promising to be hard on crime and fix this issue, the numbers are going the wrong way.

Through the first half of 2020, Chicago is on pace to beat the homicide numbers of 2016 – the city’s most violent year in nearly 20 years. 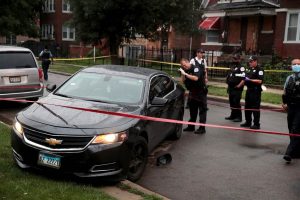 Last week, President Donald Trump announced Operation Legend, which will send federal law enforcement to “American communities plagued by violent crime.” Trump said federal assistance would be sent to Chicago and Albuquerque, but more cities would be added: “in the weeks ahead.”

“For this reason, today I am announcing that the Department of Justice will immediately surge federal law enforcement to the city of Chicago,” President Trump said. “The FBI, ATF, DEA, U.S. Marshals Service, and Homeland Security will together be sending hundreds of skilled law enforcement officers to Chicago to help drive down violent crime.”

Lightfoot appeared on CNN’s “State of the Union” on Sunday, where she discussed the gun violence in Chicago.

Chicago Mayor Lori Lightfoot reacts to increased federal presence in her city: “We can’t just allow anyone to come into Chicago, play police in our streets, in our neighborhoods when they don’t know the first thing about our city. That’s a recipe for disaster.” #CNNSOTU pic.twitter.com/eZO3Zng6vV

“The fact of the matter is our gun problem is related to the fact that we have too many illegal guns in our streets — 60% of which come from states outside of Illinois,” Lightfoot told host Jake Tapper. “We are being inundated with guns from states that have virtually no gun control, no background checks, no ban on assault weapons.”

Earlier this month, Lightfoot blamed guns and the coronavirus pandemic for the city’s recent spike in violence.

“We have way too many guns on the streets,” Lightfoot said when asked why Chicago is experiencing a dramatic increase in violent crimes. She also said the COVID-19 lockdowns created the “perfect storm” for an upswing in violence.

“That is the thing that if the president really wanted to help, that and the other things I identified in my letter he could do today, tomorrow,” Lightfoot said of President Trump’s plan to tackle violence. “But he’s not really interested in helping in that way.”

Lightfoot reiterated that there would be no federal law enforcement agents in the city targeting protesters like in Portland.

“I’ve said it before and I’ll say it again, no troops, no agents that are coming in outside of our knowledge, notification, and control that are violating people’s constitutional rights. That’s the framework,” Lightfoot said on Sunday. “We can’t just allow anyone to come into Chicago, play police in our streets and neighborhoods when they don’t know the first thing about our city. That’s a recipe for disaster.”

“That’s what you’re seeing playing out in Portland on a nightly basis, we don’t need that here,” Lightfoot added. “That’s not a value add, it doesn’t help enhance our public safety.”

“Let me be clear, this is not about working with the Trump administration,” the Democratic mayor stressed. “For decades now in major cities across the country, FBI, DEA, AFT, those agents have been in our districts and do work and work in concert with local law enforcement to help support a number of efforts, not the least of which is violence in our cities.”

Another interview, this time with more excuses, and tomorrow nothing new. Until the family unit is encouraged and fathers stay in their homes to help raise the children, nothing short of God’s intervention can fix the problems.