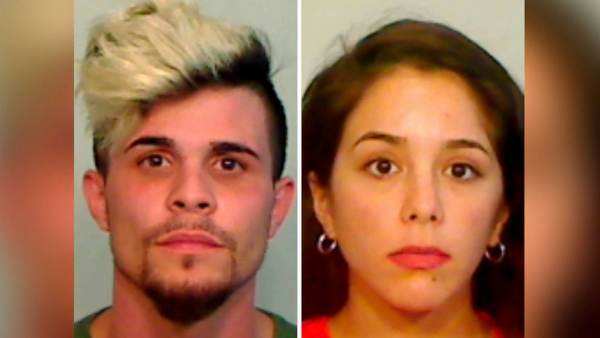 There is no shortage of debates over CV-19.

Should we wear masks, the power of the state to mandate shelter in home orders, and if it is safe to re-open our country?

Some cities have worked their citizens up into a paranoid, contract tracing, SJW mob. They are asking the citizens to monitor their neighbors and turn them in if they think they have broken the police state’s rules. Some go as far as to check out their neighbor’s social media pages, for any posts concerning them having exposure to the ‘VIRUS”.

One of these cities, is Key West, Florida. On this island is a couple, who are not the sharpest tacks in the box. Jose Antonio Freire Interian, 24, and Yohana Anahi Gonzalez, 26, were arrested at 6:27 p.m. at an apartment in the 1800 block of Harris Avenue in the island’s New Town neighborhood.

Why you may ask? Well to start with, Jose Antonio Freire Interian, posted on his Facebook page, on July 14, that he had tested positive for the virus, urging anyone who had been in contact with him in the past week to get tested.

So giving the entire world access to his information, Joe with a girlfriend, Yohana, who also tested positive, decided to walk their dog, go to the grocery store, and wash their car. With the neighbors watching both were also seen leaving and returning home without wearing face masks, according to a police report.

According to the Miami Herald, this one not a good idea

On Wednesday, the property manager at their apartment complex reported to Key West police that the two were not following the order, saying Freire had walked his dog, gone to the grocery store and washed his car. Both had been seen leaving and returning home without wearing face masks, according to a police report.

The property manager gave police some video footage of the couple. It was taken by a surveillance camera located in a common area of the complex.

“An officer took the video to the judge and the judge signed the warrant,” Key West City Manager Greg Veliz said.

But he and Gonzalez failed to follow orders to remain at home and wear face masks around others, according to an isolation order issued to both on July 21 by the Florida Department of Health in Monroe County that directed them to stay at home for 14 days.

Their quarantine was set to end July 31, police said.

“Because you have failed to voluntarily remain in your residence, this order is necessary to protect the public health,” according to the DOH orders.

So, this couple is either ignorant or is part of the divergent class, either way, if they want to live free, might want to move to a different city. Key West, will not work for me either so just left the list of places I wanted to visit.