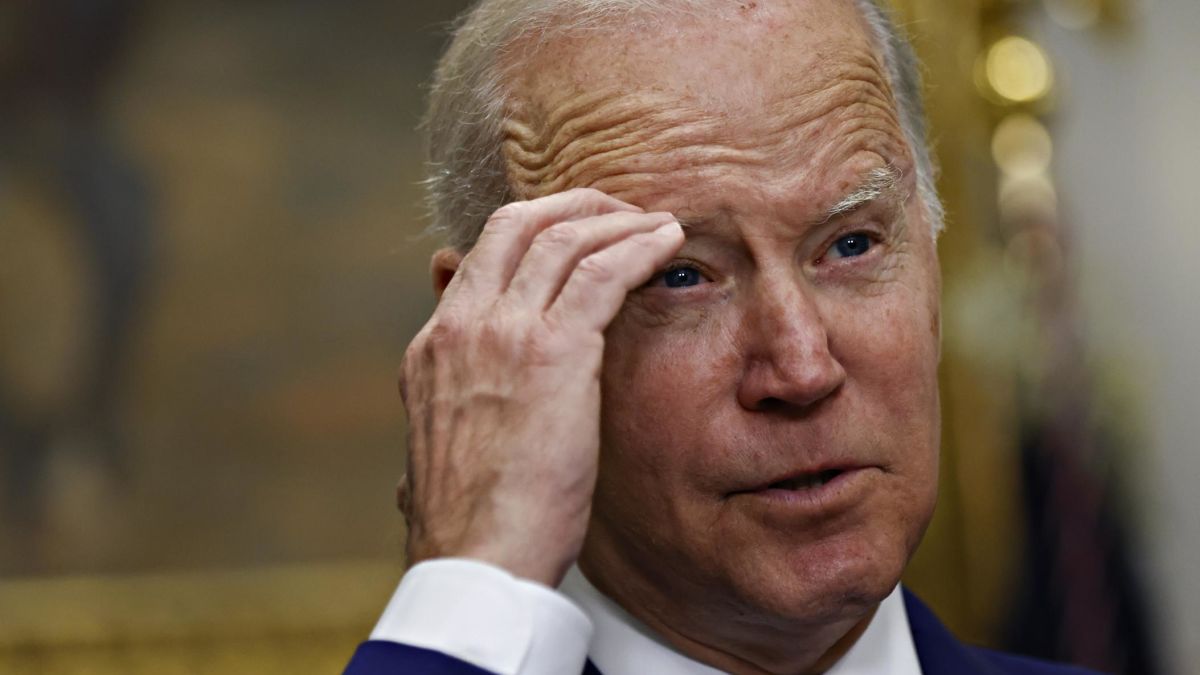 Abortion rights advocates are getting sloppy. In the outrage that ensued after the unexpected leak of the U.S. Supreme Court’s draft opinion that would overturn Roe v. Wade, some liberals abandoned their characteristic “newspeak.”

Consider this statement: “The idea that we’re gonna make a judgment that is going to say that no one can make the judgment to choose to abort a child based on a decision by the Supreme Court I think goes way overboard.” Those words were spoken by President Joe Biden on Tuesday.

Cue another crisis call for the POTUS communications team. Calling an unborn baby a “child” is strictly off-limits for pro-abortion advocates. To linguistically humanize a fetus makes it impossible to deny the reality of abortion: the purposeful termination of a child’s life. The being in question is no different than their own birthed and beloved son or daughter. Well, we can’t have that kind of candor.

Whoopi Goldberg also slipped. In an angry rift against the draft opinion on The View, she said abortion should be a decision made between a woman and her doctor and her “child.” So the unborn child is supposed to vote for self-extermination? She quickly moved past the comment, perhaps recognizing her faux pas, but the camera was rolling. The logical inconsistencies required to uphold pro-abortion views are hard to reconcile and impossible to miss.

For all the “I believe in science” dogma spewed from those on the left, they regularly deny basic biological facts. For example, life begins at conception and abortion stops a beating heart. The Orwellian use of terms like “reproductive rights” also makes little sense. Reproduction, by definition, cultivates life. It would be more sensible to say “destruction rights,” but accurate language clarifies abortion’s violent reality. This is precisely why Biden’s comment was a big no-no in leftist circles.

It’s also why liberals often employ the use of what author Hillary Morgan Ferrer calls “linguistic theft,” when someone takes a familiar and agreed-upon concept and changes the definition to promote an agenda. When liberals say access to abortion is about “women’s rights” or that any restriction to abortion “does violence” to a woman’s bodily autonomy, few want to oppose that. Liberals have universally redefined words and socially criminalized those who disagree with them.

The logical inconsistencies required to uphold pro-abortion views are hard to reconcile and impossible to miss.
Perhaps Biden’s new Disinformation Governance Board can help clarify some of this. Why does the left refuse to acknowledge the scientific reality of life in the womb, which would lend itself to the protection of human rights? Isn’t it “disinformation” to say that unborn children are nothing more than the “clump of cells” we so often hear about? On the other hand, isn’t it illegal to kill a “child,” as Biden said?

As Desi Arnaz’s Ricky Ricardo character once said, “Lucy, you’ve got some ’splaining to do!” On that note, some abortion-friendly politicians might want to brush up on their stock abortion answers. Ask any of them if they’re willing to support any restrictions on abortion and they will dodge. They won’t tell you when life begins. They won’t admit that partial-birth abortion is wrong. And they definitely won’t say “baby.”

At Abortion HQ (aka Planned Parenthood), the leadership is desperate to save face. A video warns that conservatives are “plotting” and “scheming” to take away female power as if the plight to save unborn lives has been a secret heist. Unlike the left, we don’t use covert language. We just tell the truth about abortion. Pro-lifers have been loud and proud about their goals for the past 50 years.

Regardless, abortion kills a child. First trimester or third, a growing unborn baby will soon be swaddled and cooing earthside, finally granted the right to life he deserved all along. The only thing standing in the way is an abortionist with a surgical tool, a pill, a suction tube, or maybe a pair of scissors. The president accidentally spoke the truth. Let’s make sure America heard what he said.