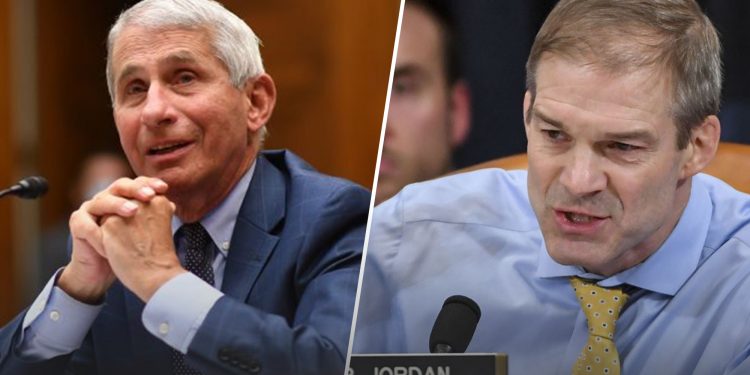 Jim Jordan Grills Fauci: “No Limits on Protests, But Boy You Can’t Go to Church on Sunday”

Jordan, known for his fiery logically-saturated questioning antics, identified the inconsistency in that government is putting mass restrictions on Church attendance but is doing nothing regarding mass protests where people are not social distancing.

The following is mildly redacted to increase clarity. See the video below for more.

Jordan: Do protests increase the spread of the virus?

Fauci: Crowding, particularly when not wearing a mask, contributes to the spreading of the virus.

Jordan: Should we limit the protesting?

Jordan: Well you just said that it increases the spread of the virus. I’m just asking if it should be limited.

Fauci: I’m not sure I’m in a position to determine what the government can do in a forceful way.

Jordan: Well you make all kinds of recommendations. You make comments on dating and baseball and everything you can imagine. You just said protests increase the spread…I’m just asking if we should limit the protests.

“Justice Gorsuch said it best, he said ‘There is no world in which the Constitution permits Nevada to favor Caesars Palace over Calvary Chapel.’

“I’m just asking if there is a world where the Constitution says you can favor one First Amendment liberty, protesting, over another, practicing your faith?”

Jordan continued to list facts about protests, including behaviors of violence that don’t happen in Church – and concluded that segment by saying

“There’s been no violence that I’ve seen in church. I haven’t seen people in a church service go out and harm police officers or burn buildings… sixty-three days, nine weeks it’s been happening in Portland. One night in Chicago 49 officers were injured…but no limit on protests but boy you can’t go to church on Sunday.

Shocking – Smuggling Tunnel To Mexico ‘Most Sophisticated In US History,’ Complete With Rail System