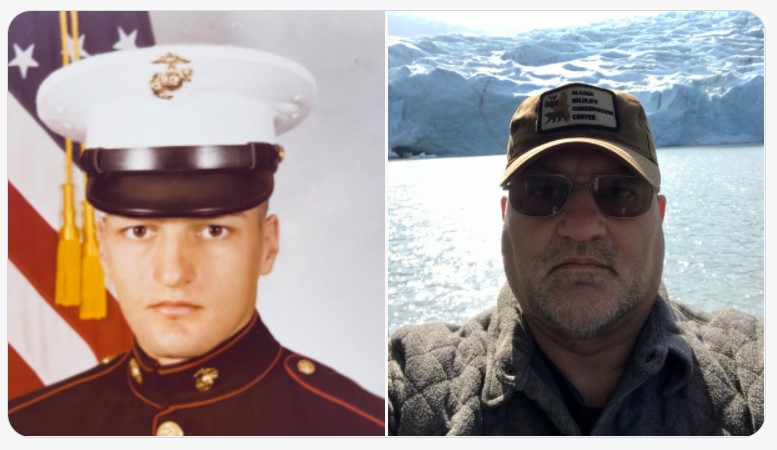 John Anderson, a political prisoner from Florida, has died from unknown causes after being charged with crimes and while waiting for the Government to bring a case against him for his part in the events at the U.S. Capitol on Jan. 6. Anderson was never allowed to clear his name before he died.

“This is about reputations, the Government is letting people die while soiling their names.  Look at Roseanne Boyland, who the Government said died of a drug overdose when she died at the scene by being trampled. The Government doesn’t care about these people’s reputations, “Dave Sumrall, the founder of StopHate.com, told me in reaction to hearing about Anderson’s death.

John Anderson was a US military veteran, who honorably served in uniform.

If you would like to show your support for the Anderson family, you can make a donation to John’s church in his memory.

Sumrall said he knows of three other people who have died while waiting for their names to be cleared. Two by suicide, one by a car accident, and now Anderson by unknown causes. Sumrall has made it a mission to highlight the tribulations of the political prisoners, even making a documentary from the footage he can find, in hopes of assisting clear the names of the men and women still held in D.C. jail cells and who await their trials.

“Every bit off footage that is forced out or that is found online of the footage that day proves that our documentary is the real deal, it is truthful,” Sumrall told me.

I covered the story of Sumrall’s documentary, which chronicles the deaths of numerous Trump supporters at the U.S. Capitol, at the hands of the police:

So the sad news of Anderson’s death is another news story that has emerged which highlights the refusal of the U.S. Government to release footage that they have, which many people claim would exonerate the political prisoners being held since Jan. 6 for charges from the events at the U.S. Capitol that day.

Sumrall and other advocates for the political prisoners claim that the footage the Feds are withholding would show that the people charged broke no laws. While the Government admits that is most likely true, they have refused to make footage public-they hold, anyway.

“Look at the footage the other day of what we are told is worse than Sept. 11, 2001 and that really looks like a Grandma Selfie-Party,” Sumrall said about the scenes that came to light after the Government was forced to release a bit of footage that shows people slowly walking around the U.S. Capitol.

Media sites like Sumrall’s StopHate.com and other patriots have found their own footage, compiled their own data, and done their own investigations.  I have covered much of their work that proves there is far more to the story of what happened that fateful day than the U.S. Government wants people to know.

Couy Griffen,  a commissioner from New Mexico and founder of Cowboys For Trump, for example, who was arrested for his activity of Jan. 6 has boldly spoken out against the Government and even gone as far as to tell me that based on his experiences in the Federal courts, that the Feds have a “bluff hand”, meaning they have nothing.  Griffen also told me recently that the footage the Feds won’t release is a “silver bullet to take down the government’s lies” about him and the others who are still being held and denied trials.

Numerous reports from the detainees is that prisoners are being bullied by prison guards and forced to accept plea deals, so the government cases against the men and women held is never forced into public scrutiny.

Jacksonville.com reported on Anderson’s arrest and made note of the Government’s captive footage:

“The lawyer for a St. Augustine man indicted after the Jan. 6 riot at the U.S. Capitol is finding common cause with news organizations asking the government to release video she says “contradicts the government’s accusations and their indictment.”

A 30-second video clip “exposes the weakness of their case … and it contradicts the public narrative that the government has put forward,” John Steven Anderson’s attorney, Marina Medvin, told a federal judge in Washington last week.

“[T]hat is why the government … is fighting tooth and nail to conceal evidence in Mr. Anderson’s case,” Medvin wrote in a filing supporting efforts of a coalition of news organizations including Gannett Inc.

Grassroots Group Uncovers 23,000 Votes with Same Phone Number and 8,000 Voters Registered in 1918 All In One County in Wisconsin
Both Parties Finally Turn On Biden, Storm Out Of Propaganda Session