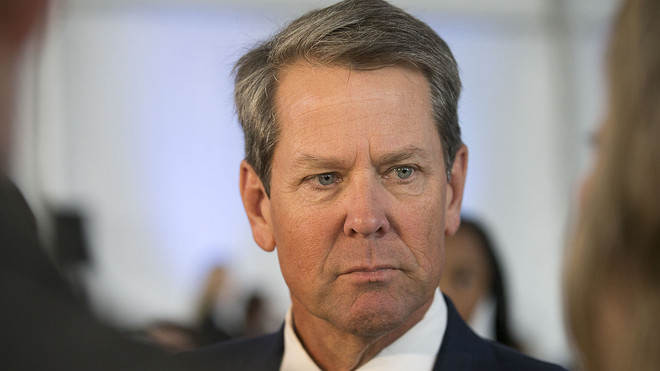 Georgia Republican Governor Brian Kemp has made it clear that no local governments in the state can mandate the wearing of masks.

The new order was emphasized given that Kemp believes that while people should wear masks, mandating the wearing of masks was “a bridge too far:”

“State, county, or municipal law, order, ordinance, rule, or regulation that requires persons to wear face coverings, masks, face shields, or any other Personal Protective Equipment while in places of public accommodation or on public property are suspended to the extent that they are more restrictive than this Executive Order.”

Kemp has received backlash from Georgia officials and national pundits for his less-than restrictive measures implemented throughout the state. No local authority is permitted to establish measures more or less restrictive than what the state has already authored.

“It is officially official. Governor Kemp does not give a damn about us. Every man and woman for himself/herself. Ignore the science and survive the best you can. In #Savannah, we will continue to keep the faith and follow the science. Masks will continue to be available!”

Johnson was among the first to openly defy Kemp’s orders in their earlier fashion. In June, Kemp mandated the wearing of masks despite Kemp’s order, and told Savannah police to issue $500 fines to people found not wearing masks.

While the fine wouldn’t be issued unless the citizen refused to wear a mask, even one provided by local authorities, which Johnson said would be required in the event of a citation, the ultimate message in Johnson’s mandate still violates the state order.