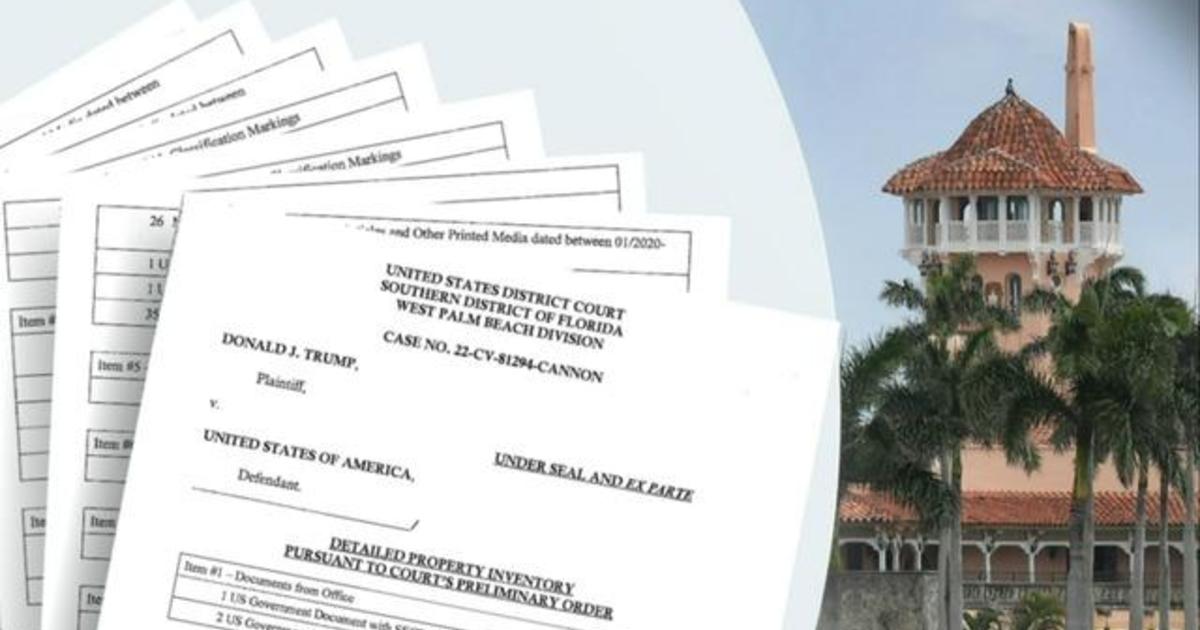 Judge Aileen Cannon, the Trump-appointed judge has unsealed a more detailed list of what the FBI stole from President Trump at his residence in Mar-a-Lago. She is still trying to decide whether to appoint a special master to decide whether the FBI and the DOJ can keep privileged documents that law enforcement has no right to seize.

This seems like a no-brainer to me. Law enforcement cannot get a search warrant to grab privileged communications between an attorney and a client unless they can show there is a specific crime involved that the attorney is aware of. This was not done by accident as they did the same thing when they raided James O’Keefe of Project Veritas.

A federal judge on Friday unsealed a more detailed inventory of what the FBI seized in the search of former President Donald Trump’s Mar-a-Lago estate last month.

The judge, who is considering the Trump legal team’s request to name a third party to review the materials, ordered the release in a court hearing in Florida Thursday.

Judge Aileen Cannon also ordered unsealed a status review of the records seized during the Aug. 8 search of Mar-a-Lago.

The expanded property list gives further detail of the volume of material seized by agents in the search and how it was intermingled with seemingly innocuous items such as newspaper clippings, photographs, books and clothing. It describes hundreds upon hundreds of U.S. government documents collected by investigators without any classification markings that were grouped in some cases with only a few documents that bore classification markings ranging from Confidential to Top Secret/SCI.

My fondest wish is that whomever President Trump appoints as the new AG and director of the FBI will continue the practice of early morning raids where armed law enforcement scare liberal children out of their wits and the parents fear for their lives. Actually, I would love it if the children were not subjected to the same things that liberal jackboots subject conservative children to.

Let the parents stand outside in the cold early morning with nothing on but thin pajamas and slippers. No, scratch the slippers. They could have contraband hidden in them, so bare feet.Hey, I can dream can’t I?