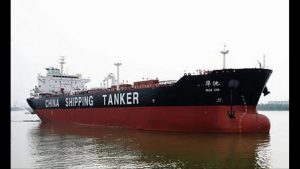 Body brokers are using Chinese transportation to move body parts of Americans all around the world. One recent shipment contained three tons of body parts valued at $67,204 in a container that was kept at 5 degrees to keep the parts from spoiling.

The families of the deceased didn’t realize that their loved ones’ parts were being sent all over the globe. Some say they might not have minded if they had been told about it when they signed but others were very upset as you may well imagine.

Body brokers were using the lax regulations to ship heads, shoulders, knees and toes. Hey, that would make a catchy song title, wouldn’t it? The parts were sent to countries such as Mexico, China, Venezuela and Saudi Arabia, among several other countries.  In Germany, plastic surgeons use the heads to practice new methods.

Brandi Schmitt, who directs a body donation system at the University of California, told reporters:

“There are people who wouldn’t necessarily mind where the specimens were sent if they were fully informed. But clearly, there are plenty of donors that do mind and that don’t feel like they’re getting enough information.”

Federal authorities raided Oregon-based MedCure in November and that set off the investigation.

According to The Daily Caller,

Families of those on in the ships were shocked to hear that their husbands, fathers, and daughters were shipped overseas.

Marie Gallegos, whose husband’s head was shipped to a dental school in Israel months after he died of a heart attack, told reporters that she “should have read the fine print” of the forms she signed allowing his parts to be donated for science and research.

“Had I known that my husband’s head was over there, I would have waited to have the ceremony,” she said. “If they really wanted my husband’s body for these purposes, they should have told me upfront and verbally.”

Some of the body brokers such as International Biological Inc (IBI), owned and operated by businessman Arthur Rathburn, had filthy conditions at their facilities and it is suspected that they sent out body parts contaminated with HIV and hepatitis, which could infect those handling the parts.

It was discovered when customs found a shipment of human heads being shipped to Mexico.

Some people will do anything for a buck.

Democrats Worry Joe Biden’s Radical Agenda Is Failing, ‘We Better Have a Plan B’
Dictator Biden Says He Will “Fight Vaccine Disinformation” to Increase Vaccinations – Buys 500M More For The World