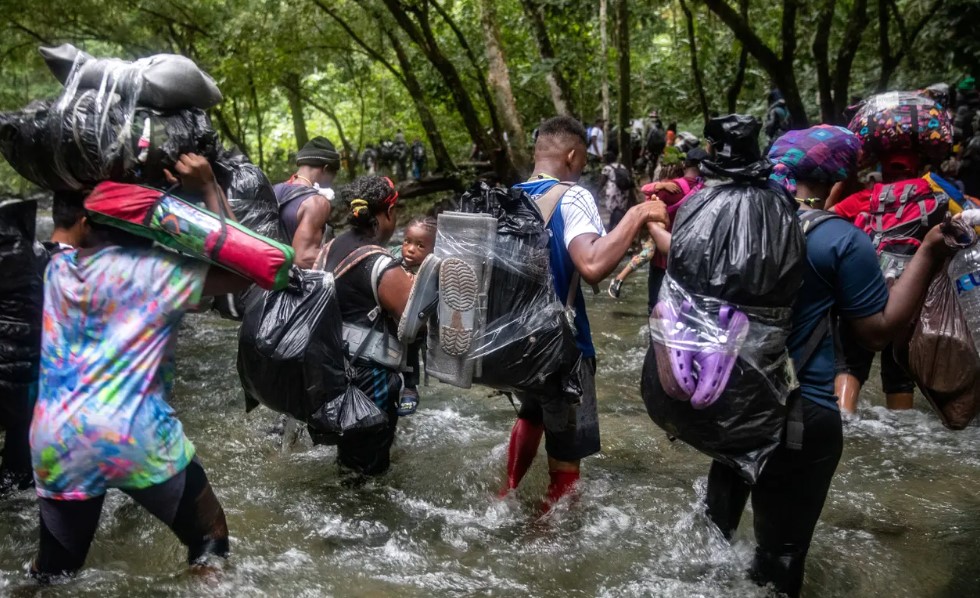 Our nation’s founders risked and some gave their lives in setting up a new nation founded on Biblical principles.

The Ten Commandments provided the basis for community civics and were used in establishing their laws.

Unfortunately, since then, progressives have worked their way into leadership positions, advancing lawlessness, in their push for globalism.

The modern-day Democratic (Marxist) party is led by those who hate traditional America and are intentionally deconstructing it via immigration and the education system.

President Biden’s Department of Homeland Security Secretary Alejandro Mayorkas is a Communist, Cuban-born open border advocate, who has the power to flood the nation with over ten million illegal aliens in just one 4 years term in his position.

Mayorkas is actively working against American citizens by siding with “economic migrants” who are taking work away and driving down wages for Americans in various industries.

“I am, to a great extent, aligned with the expectations” of the immigrant community, told an affluent and cheering audience at the Aspen Institute on July 19.

The administration continues to falsely claim that most of them are asylum seekers as technically those crossing the border looking for a better job would not qualify for catch and release.

The government tracks the migrant arrival and inflow data by its “Fiscal Year” calendar, which starts October 1 and ends September 30. The total 2022 number will be known once the August and September numbers are counted.

But in the first 10 months of fiscal 2022, border officials have counted 1,946,780 migrants at the border and allowed 1,012,378 economic migrants to seek homes and jobs throughout the United States.

The numbers are flawed. For example, the numbers counted at the border are inflated when rejected migrants repeatedly try to sneak across the border.

But the bigger problem is that the government numbers hide the huge inflow of “got-aways” — people who sneak past the few patrol agents and the incomplete border wall along the border. Insiders within the border agencies say the agencies count roughly 40,000 got-aways each month or roughly 500,000 per year.

Biden’s huge inflow of workers, consumers, and renters help to tilt the economy against ordinary Americans.

The inflow of workers allows investors and companies to hire many desperate migrants at low wages. The workers are also renters, so their inflow worsens inflation by spiking housing prices, so importing more economic damage to ordinary Americans.

In New York state, wages rose by 5 percent from June 2021 to June 2022. Yet inflation rose faster — especially for housing and food — leaving the city’s residents poorer than one year before. Breitbart reported on August 11 that “the Bureau of Labor Statistics Producer Price Index showed on Thursday that consumer food prices … are up 15.8 percent, the highest year-to-year rate of inflation since 1974.”

The GOP has not taken a strong stand against foreign workers streaming into the USA either.  The reason is the political party receives a significant amount of funding from open borders groups looking for cheap labor to work in their America-based manufacturing entities.

For example, the House’s 2022 campaign team — the National Republican Congressional Committee — treats the immigration crisis as merely a border crisis. This strategy allows the committee to ignore the massive amount of drug smuggling, human trafficking, and criminal activity perpetrated against Americans by illegal aliens.

As the result, the invasion is getting worse.

More people are dying from drug overdoses, more women and children are being human trafficked and criminal activity is increasing throughout the nation.