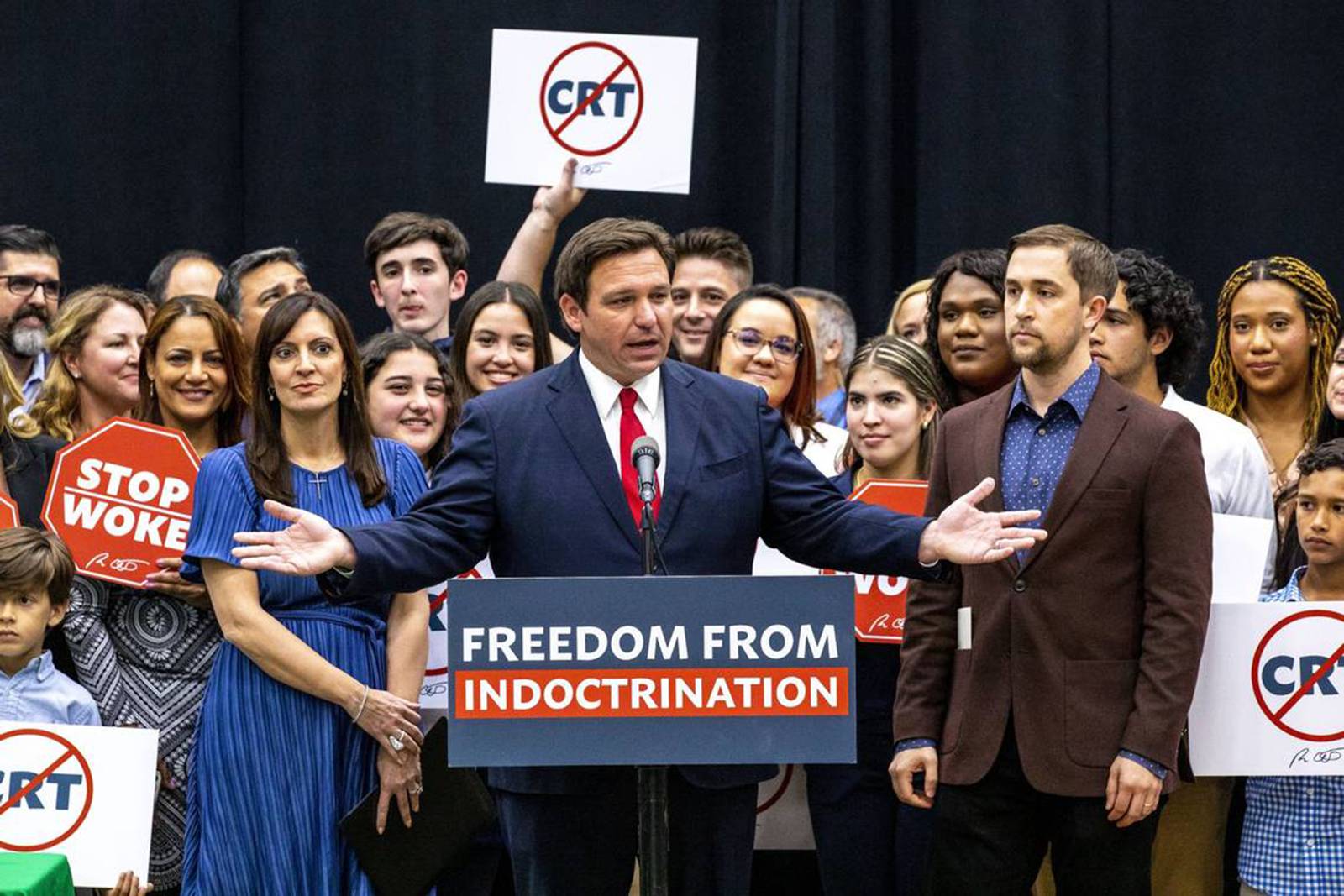 In March the Florida legislature passed a law prohibiting public K-12 schools and universities from teaching eight concepts that constitute “discrimination” and letting parents sue if their children are taught those concepts. It also targets employers who require their workers to partake in woke training.

DeSantis and Republican lawmakers said it will prevent both students and employees in Florida from harmful, woke classes and training.

“In Florida, we are taking a stand against the state-sanctioned racism that is Critical Race Theory,” DeSantis said in December when announcing the bill. “We won’t allow Florida tax dollars to be spent teaching kids to hate our country or to hate each other.”

Well, this week a radical federal judge appointed by former President Barack Obama issued a preliminary injunction against the law.

“The law officially bans professors from expressing disfavored viewpoints in university classrooms while permitting unfettered expression of the opposite viewpoints,” Walker wrote in his order. “Defendants argue that, under this Act, professors enjoy ‘academic freedom’ so long as they express only those viewpoints of which the State approves. This is positively dystopian.”

Walker faced backlash after he claimed that “our professors are critical to a healthy democracy” and referred to them as “priests of democracy” who “shed light on challenging ideas.”

Christopher J. Scalia, the son of former Supreme Court Justice Antonin Scalia, responded to Walker’s sentence referring to professors being the “priests of democracy” by saying, “That whole sentence is embarrassing.”

That whole sentence is embarrassing.

“We need to start getting rid of these repulsive judges — or giving them IQ tests,” political commentator David Reaboi tweeted. “This clown is dumber than dirt.”

We need to start getting rid of these repulsive judges—or giving them IQ tests. This clown is dumber than dirt. https://t.co/dCTdZpIGdB

“Whatever happened to separation of church and state,” attorney Will Chamberlain tweeted. “If professors are ‘priests of democracy’ then universities are churches, and must do without all government funding.”

Governor DeSantis’ office said they “strongly disagree” with Thursday’s ruling and plan to appeal it.

“This recent ruling included several victories for our legal team. We expect many more and ultimately to prevail in this litigation,” Bryan Griffin, press secretary for DeSantis’ office, said in a statement to The Daily Wire.

“The Stop W.O.K.E. Act protects the open exchange of ideas by prohibiting teachers or employers who hold agency over others from forcing discriminatory concepts on students as part of classroom instruction or on employees as a condition of maintaining employment. An ‘open-minded and critical’ environment necessitates that one is free from discrimination,” Griffin said.

BREAKING: Speaker Pelosi To Give Up Leadership After Republicans Take House Majority
Voters Turn On McConnell Amid GOP Civil War, 93% No Longer View Him ‘Favorably’