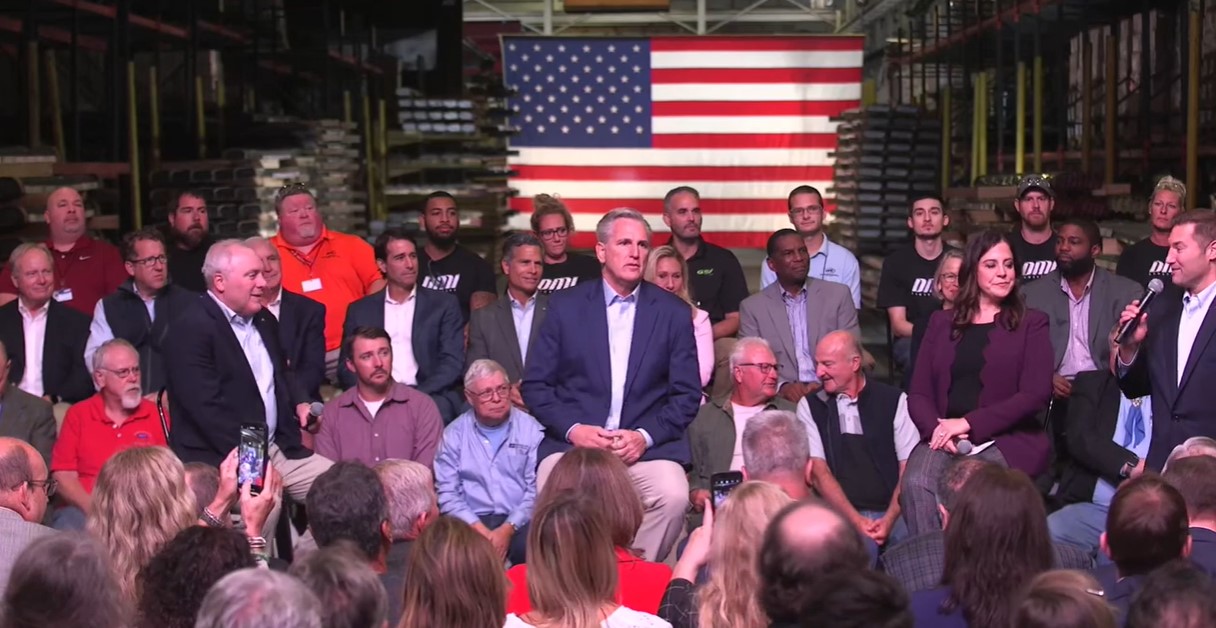 He said a GOP-controlled House would introduce legislation that would block the IRS from receiving funds from the Inflation Reduction Act that President Joe Biden signed into law in August.

“On that very first day that we’re sworn in, you’ll see that it all changes. Because on our very first bill, we’re going to repeal 87,000 IRS agents. Our job is to work for you, not go after you,” McCarthy said.

House and Senate Republicans unanimously voted against the Inflation Reduction Act, and have spoken out against the legislation since its passage.

Sen. Rick Scott (R-Fla.), in an open letter to “America’s job seekers” in August, warned prospective hires not to seek jobs at the IRS, warning that congressional Republicans would seek to reverse the agency’s $80 billion rebuilding efforts if they take control the House or Senate — or both.

McCarthy’s election pledge marks the latest in a series of commitments made by congressional Republicans to eliminate the multi-year IRS funding that passed by the slimmest of margins.

Biden and the IRS commissioner have said the funding would be used to ramp up tax collection from wealthy Americans.

House Minority Whip Rep. Steve Scalise told the audience at the event that the 87,000 IRS agents should be replaced with Customs and Border Protection agents to handle the crisis on the southern border.

“The policies of the Left have failed the American people in just about every way that matters,” said group President and CEO Brooke Rollins. ”

‘The Commitment to America’ is the America First Agenda,” Rollins said. “These policies worked before, and they will work again,” Rollins added.

The group also includes Linda McMahon, chairwoman of the board and former administrator of the Small Business Administration, and Larry Kudlow, group vice chairman and former director of the National Economic Council.

Rollins was a Domestic Policy Council director for the Trump administration and a chief White House strategist.