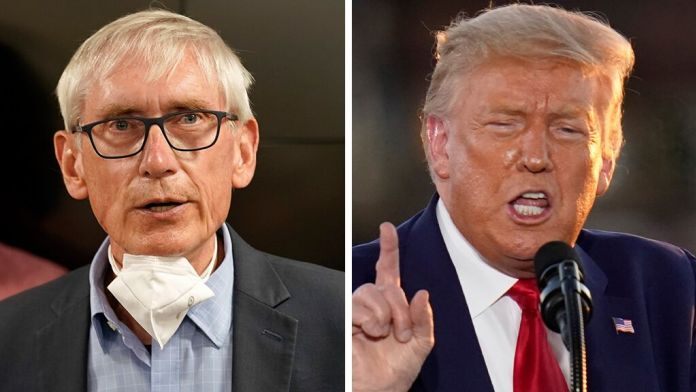 It is sad to see weak men failing in leadership positions.

From NYC to Portland, anarchists are terrorizing their communities.

From the NBA to NASCAR, athletes have given in to social justice pressures. 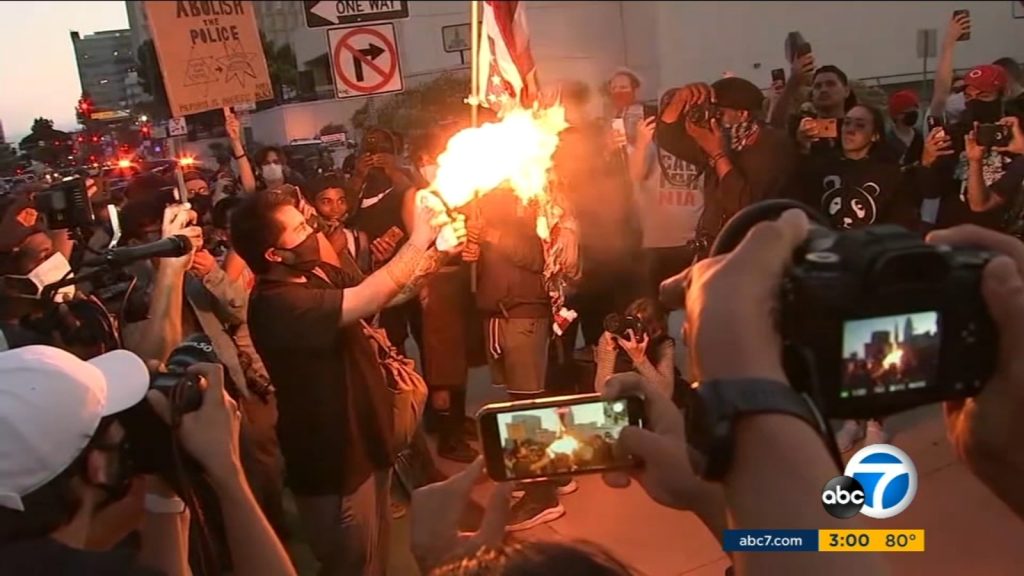 Wisconsin Governor Tony Evers (D) has just been weak on law and order in his state, and this year has been a talking head for Black Lives Matter, the domestic terrorist organization.

With the Democratic party fighting President Trump on everything, the governor announced he will try to persuade President Trump to not visit Kenosha on Tuesday where recent protests against police brutality have exploded into deadly riots in recent days.

Earlier Sunday, Wisconsin Lt. Gov. Mandela Barnes, also expressed concerns about Trump’s visit. “I don’t know how, given any of the previous statements that the president made, that he intends to come here to be helpful. And we absolutely don’t need that right now,” Barnes said in an interview with CNN.

Trump announced he would head to Kenosha to inspect the damage caused by riots. Several businesses have been vandalized and some buildings and multiple car lots burned during the unrest.

“The White House has been humbled by the outreach of individuals from Kenosha who have welcomed the President’s visit and are longing for leadership to support local law enforcement and businesses that have been vandalized,” Deere wrote in reply to Evers. “President Trump looks forward to visiting on Tuesday and helping this great city heal and rebuild.”

The protests in Kenosha, which followed several in bigger cities around the nation, started this week after 29-year-old Jacob Blake, a Black man, was shot seven times on Aug. 23, allegedly by Kenosha police Officer Rusten Sheskey.

A video seen on social media shows Sheskey shooting at Blake as he reached into his car, where Wisconsin officials later said a knife was found. The shooting left Blake paralyzed from the waist down.

Here's a video of the shooting that happened in Kenosha, Wisconsin. This video shows the shooting of Jacob Blake from a different vantage point. pic.twitter.com/d2CYIis6Zm

The shooting of Blake sparked days of demonstrations and riots that resulted in the deaths of two protesters last Tuesday. Kyle Rittenhouse, 17, is accused of fatally shooting two men with an AR-15-style rifle.

Trump, who has denounced protesters as “thugs” while sharply defending police, has throughout the summer cast American cities under liberal leadership as under siege by violent and lawless anarchy. Protesters have rallied against police brutality and racial injustice in a series of events that began after the May 25 death of George Floyd while in the custody of Minneapolis police.

While many of the demonstrations have been peaceful, rioting and looting have broken out in Chicago, Seattle, Portland, New York, and other cities, including Kenosha.

I say go, President Trump, the city needs to see you care, Blake’s mother would love to meet, and the police can use the encouragement and support during these contentious times.

The real reason the left doesn’t want President Trump to go is it would allow everyone to see Trump engaged in their situation, while Sleepy Joe, who was slow to condemn the rioting, is finally coming out of his basement but only because his poll numbers are falling like a rock.

If Tuesday goes well and President Trump can connect with the community and police, it will be another big step towards his re-election.