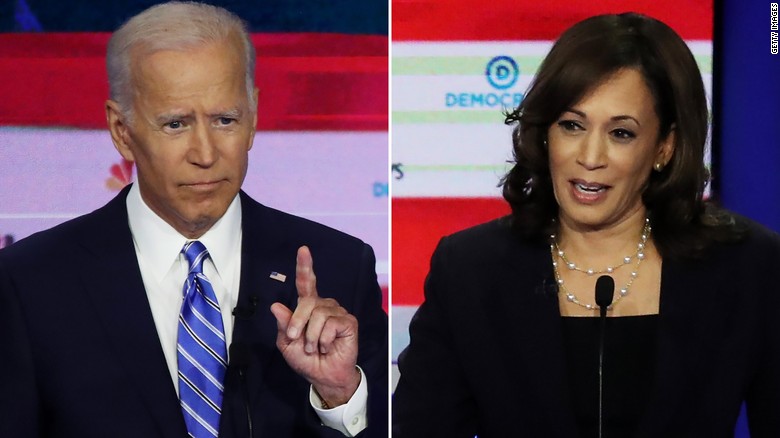 Will It Be Joe Or Kamala? CNN Suggests Joe Biden Could ‘Step Aside’ for Kamala Harris

Not a surprise and most political analysts were expecting Harris or former national security advisor, Susan Rice to get the nod.

What is interesting though, is on the day of the announcement, CNN editor-at-large Chris Cillizza either inadvertently or intentionally revealed the reasoning for Mr. Biden choosing Kamala, and the main one would be shocked if it were not Joe’s frequent mental lapses, over the past several months.

CNN editor-at-large Chris Cillizza suggested Tuesday that former Vice President Joe Biden would “step aside” to elevate his new running mate, Sen. Kamala Harris (D-CA), all but conceding that Biden will not finish his presidential term if elected.

Joe Biden made the pick that maximized his chances of continuing to make the race a straight referendum on Trump while also selecting someone whose resume suggests being ready to step in, if and when Biden decides to step aside. | Analysis by @CillizzaCNN https://t.co/Ek4d6sfGfT

Cilizza argued that Biden’s choice reflected confidence that he will win the election in November — but also suggested that he might not be able to do the job.

At 55 years old, [Harris] represents a younger generation of leader — something that Biden, who will be 78 on Inauguration Day 2021, said was a major factor in his choice

What that all means is that Biden wants the race to be about him as little as possible.

What Biden did is make the pick that maximized his chances of continuing to make the race a straight referendum on Trump while also selecting someone, in Harris, whose resume suggests will be ready to step in if and when Biden decides to step aside.

Biden’s announcement of his running mate was also awkwardly worded in a way that suggested Harris might be expected “to lead this nation starting in January 2021”:

Joe Biden in email to supporters: "I’ve decided that Kamala Harris is the best person to help me take this fight to Donald Trump and Mike Pence and then to lead this nation starting in January 2021."

So there you go folks, the cards are on the table. They will hide Joe, blaming CV-19, until the election allowing his wife, Jill, Kamala, and other surrogates to do the virtual press interviews.

Just look back to last Sunday, Jill Biden had to do the in-person interview with CBS Sunday Morning with host Rita Braver, while Joe hid in the basement.

A Harris (Biden) victory, would be the equivalent of a person, struggling to stay healthy, but finding out they have terminal stage four cancer which has a very small chance of recovery and almost certainly fatal.

The confusion, dishonesty, and highly partisan policies coming out of a “Biden” White House, would rock our somewhat shakey and divided nation, suddenly making our recovery a far-reaching dream.