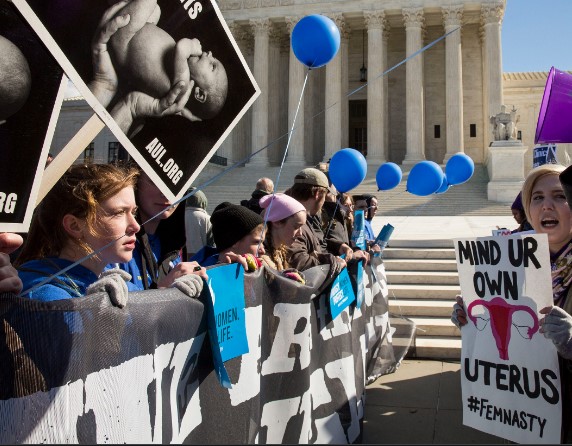 The abortion issue for Bible-believing Christians should be cut and dry.

The Bible says that God knits us together in our mother’s womb and that we are wonderfully made. God’s Word calls the killing of an innocent person murder, which under the law means the person or people involved in the crime would be required to give up their lives, via Capital punishment.

Unfortunately, the Evangelicals who were polled responded more in line with the culture overall, and their race had a big factor in their approval for the taking of pre-born babies’ lives.

A new poll, reveals that white Evangelicals are twice as likely as other religious groups to support the overturning of Roe v. Wade, which looks increasingly likely following the leak of a draft of the United States Supreme Court opinion in a case surrounding Mississippi’s 15-week abortion ban.

Pew Research Center released the results of a survey examining Americans’ attitudes on abortion Friday, four days after Politico published a draft majority opinion in the case of Dobbs v. Jackson Women’s Health. The draft opinion, authored by Supreme Court Justice Samuel Alito, indicates that a majority of justices have found that Roe v. Wade, the 1973 Supreme Court decision that legalized abortion nationwide, was “egregiously wrong” and “must be overruled.”

Pew conducted the survey from March 7–13, three months after oral arguments in the Dobbs case had concluded and about a month after Alito authored the draft opinion in the case centered on Mississippi’s 15-week abortion ban. The survey found that overall, 8% of Americans believe that abortion should be illegal in all cases with no exceptions, while 19% of Americans thought the killing of preborn babies should be legal in all circumstances with no exceptions.

Broken down by religious demographic, the results revealed that 21% of white Evangelicals wanted to completely ban abortion while 5% expressed a desire for abortion to be legal in all cases. Among Catholics, 13% indicated support for legal abortion in all cases compared to 10% who wanted a complete ban. Black Protestants supporting legal abortion with no exceptions outnumbered those who wanted to ban abortion with no exceptions by 20% to 7%.

Thirteen percent of white mainline Protestants reported support for legal abortion without exceptions compared to 6% who wanted a complete ban. The gap between those who want abortion to be legal in all circumstances and those who want a total ban on the procedure was highest among the religiously unaffiliated, with 34% indicating support for the former position and 2% agreeing with the latter.

A majority of white Evangelicals (53%) think that abortion should be illegal in most cases, along with 32% of Catholics, 31% of white mainline Protestants, 21% of black Protestants and 13% of the religiously unaffiliated. A majority of the religiously unaffiliated (51%) believe that abortion should be legal in most cases, along with pluralities of white mainline Protestants (47%), black Protestants (46%), and Catholics (43%). Just 19% of white Evangelicals told Pew that they wanted abortion to remain “mostly legal.”