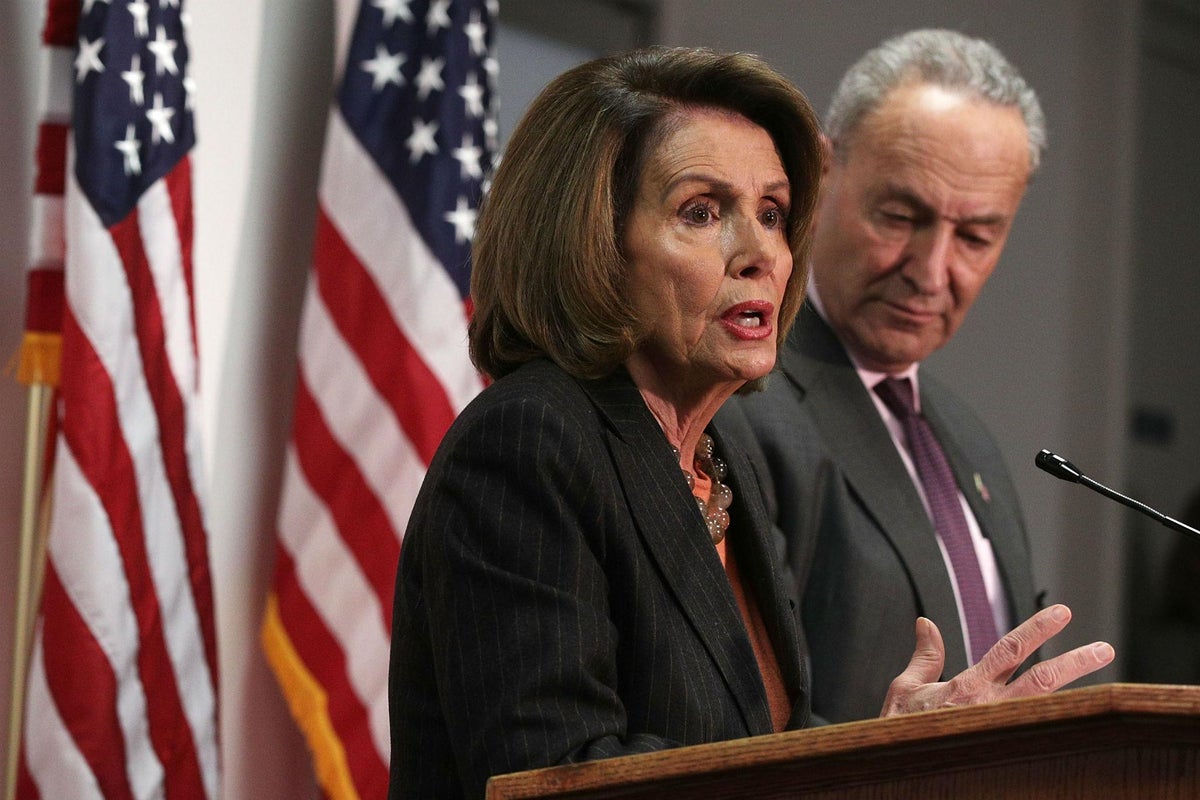 It’s funny to see the way DC can spend all day promoting a narrative of caring for the little people, and for the democrats especially stressing their concerns for people of color.

Yet when it’s time to spend big money, the blue state representatives pop up demanding money and incentives for their wealthy constituents who do not want to “pay their fair share” in taxes.

Speaker Pelosi and Majority Leader Schumer have been pushing to get over 5 Trillion dollars in spending forced through congress all in the name of infrastructure spending. They refer to it as physical and human infrastructure investments.

With this huge amount of money on the table, Rep. Thomas Suozzi (D-NY) said Tuesday he would not support the $3.5 trillion infrastructure bill if Democrats would not increase the state and local tax (SALT) deduction, which primarily benefits wealthy Democrat states.

“No SALT, no deal,” Suozzi, a House Ways and Means Committee member, said Tuesday. The committee, which writes tax policy, will have large sway over the crafting of the $3.5 trillion infrastructure bill.

Via The Washington Posts

1. Who uses the SALT deduction?

Mainly those with relatively high incomes — the 10% to 15% of filers who itemize their federal tax returns rather than take a standard deduction. Were the $10,000 cap to be lifted, more than half of the benefits would flow to households making $1 million or more annually, according to the nonpartisan Joint Committee on Taxation. The Tax Foundation, in 2018, listed New York, New Jersey, Connecticut, California and Maryland as the states where the SALT deduction matters most. All are traditionally “blue” states, meaning they vote Democratic. At the bottom of the list were North Dakota, South Dakota and Wyoming, three Republican “red” states.

2. Why was the deduction capped?

Trump and congressional Republicans enacted the cap to offset some of the revenue lost from their tax cuts, implemented in 2018. Some Democratic lawmakers saw it as a thinly veiled attempt to punish blue states.

On the other hand, far-left progressives are objecting to any Democrat attempts to raise the deduction.

Rep. Alexandria Ocasio-Cortez (D-NY) called the deduction a “giveaway to the rich” and a “gift to billionaires.”

Sen. Bernie Sanders (I-VT) said this spring that raising the SALT cap would send a “terrible, terrible message when you have Republicans telling us that this is a tax break for the rich.”

In spite of the Marxist’s objections, however, the Democrats already passed a budget resolution containing language that would allow the Democrat-controlled chambers of Congress to raise the SALT deduction.

Speaker Pelosi is stuck in the middle as shoe only has a three-vote majority in the House and cannot afford to lose many of the moderate Democrats demanding the increase in the SALT deduction. She also cannot alienate progressives that oppose changes to the SALT deduction.

Suozzi is playing hardball, “I’m certain that we have enough people interested in this topic” to block the reconciliation infrastructure bill.

As Biden’s support continues to drop, and the US Senate not looking likely to pass the bill, this may not move forward in the end, making both sides in the democratic caucus very unhappy.

Check out today’s and other For Liberty’s Sake podcasts