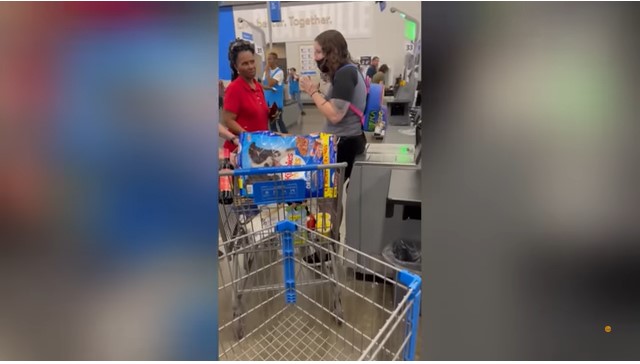 In addition, activists working in leadership positions of Silicon Valley tech giants, and in the entertainment industry, are promoting LGBTQ, and other emotionally driven ideas.

The problem for the public overall is their crazy, inconsistent worldviews are leading to higher depression, suicide rates, and an overall inability of many in their leftist mob to function in civilized societies.

For example, even though President Biden said on September 18th said the pandemic is over, he still asked for Congress to pass $22 billion in new pandemic funding the same week.

Now that Biden says the pandemic is over, he should END the military COVID vax mandate and STOP making young children wear masks in Head Start, but I am not holding my breath.

The pro-vax globalists have scared tens of millions of people worldwide over the virus, with some still wearing masks in public, though the risk is gone.

One of them, who appears to be in her 20s, was recorded having a meltdown over what activists would call a microaggression.

All that happened though, was a man simply told her that she cut in line in front of him.

She goes nuts even bringing up rape; “I was raped recently and can stand having another man touching me.”

Something has to change quickly or this disturbed woman and others like her will be our nations and corporate leaders in a few decades, if not sooner.