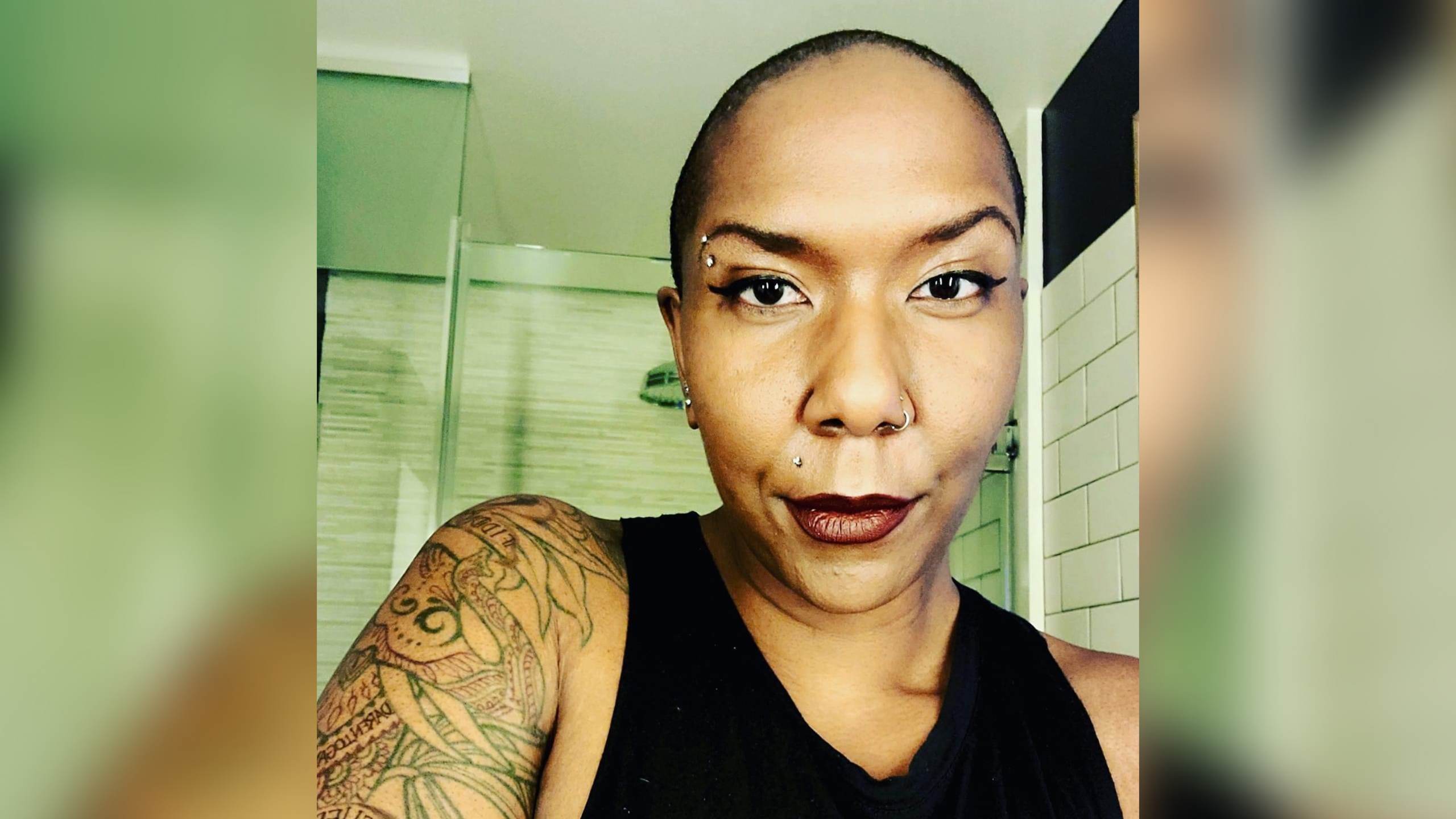 As I prepared to write this article loony teachers and college professors continue to show up in my research.

As with other cultists, the manifestation of this brainwashing comes out in their speech to shock rationally thinking citizens.

The 9-11 memorial week has been off-limits for the mentally unstable, but this year they came out of swamps of hatred.

Prime example –  Jenn M. Jackson who is an assistant professor of political science and uses they/them pronouns to describe herself.

She has also penned a column for the website of Teen Vogue.

A professor at Syracuse University has drawn strong reactions for a tweet calling the attacks on September 11, 2001 a strike against ‘heteropatriarchal capitalistic systems’.

Jenn M. Jackson, an assistant professor of political science, made the remarks in a series of tweets on Friday, a day before the 20th anniversary of the attacks that killed 2,977 people.

‘We have to be more honest about what 9/11 was and what it wasn’t. It was an attack on the heteropatriarchal capitalistic systems that America relies upon to wrangle other countries into passivity,’ wrote Jackson, who uses they/them pronouns.

‘It was an attack on the systems many white Americans fight to protect,’ they added.

Jackson’s tweets, which have since been set to private, came as the professor remarked on how they were ‘really disturbed by how many white pundits and correspondents talk about’ 9/11, according to the Daily Wire.

Jackson criticized the notion ‘that 9/11 was the first time that Americans ever felt fear.’

‘White Americans might not have really felt true fear before 9/11 because they never felt what it meant to be accessible, vulnerable, and on the receiving side of military violence at home. But, white Americans’ experiences are not a stand-in for “America,”‘ they wrote.

‘Plenty of us Americans know what it’s like to experience fear and we knew before 9/11. For a lot of us, we know fear *because* of other Americans,’ Jackson continued.

The remarks drew strong reactions and mockery from critics, some of whom accused Jackson of sympathizing with or even endorsing the deadly attacks.

This woman is a professor at Syracuse University pic.twitter.com/z6Z2bG8mNJ 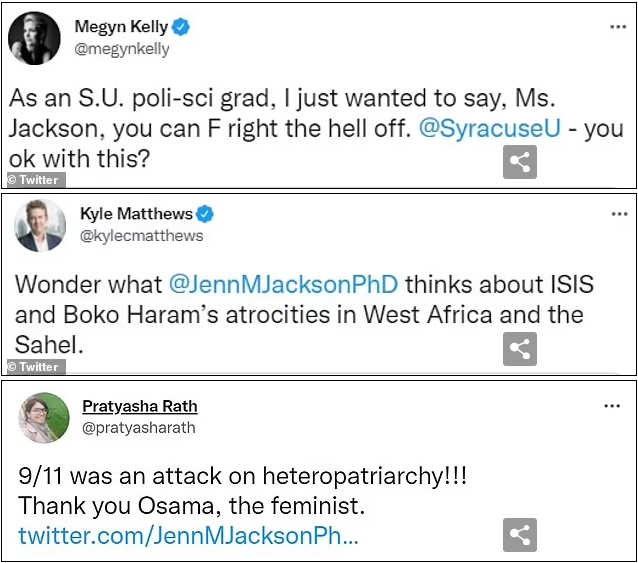 Even as reprehensible as her comments are, she will not be disciplined by Syracuse University.

She will march on as a hateful far-left educator with access to hundreds of young minds to brainwash annually.