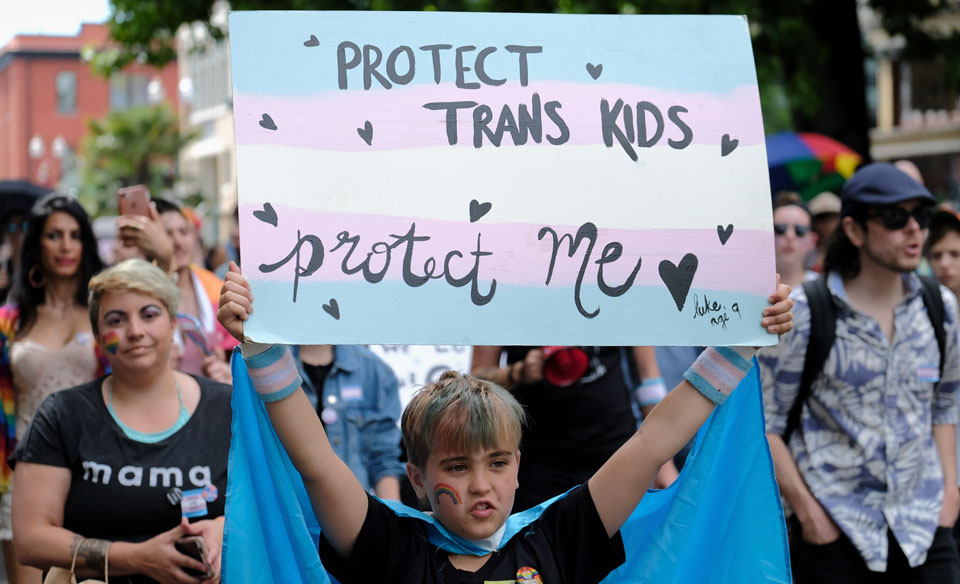 As though going to public school wasn’t difficult enough already, a Virginia school board just approved changes to its Student Rights and Responsibilities policy for “discriminatory harassment” adding gender identity and sexual orientation as protected classes.

They describe this type of discrimination as “behaviors of safety concern”.

This is the same radical Fairfax County school board that became nationally known after videos of their school board meetings went viral.

In line with their collective woke ideology, they just voted eight to four to increase the penalties for students who call a boy, a boy, and a girl, a girl, making it now a potential civil crime to “misgender” or “deadname” students who identify as transgender.

The Washington Examiner is reporting that offenders “could face weeks-long suspensions and referrals to local law enforcement.”

By the board defining “malicious deadnaming or malicious misgendering” as discriminatory harassment, school administrators are now empowered to discipline students who violated the policy under Title IX protections against harassment in schools.

In addition to the move to ban “misgendering” and “deadnaming,” the school board surprisingly made a logical decision, banning K-8 students from using cell phones during the school day.

“The most charitable interpretation anyone could make of this move is that the school board is trying to cultivate a kinder environment by removing hateful language and attitudes from campuses,” by Augustte Meyrat in the Federalist. “This would allow transgender students and their allies to feel safer and happier while those who oppose transgenderism have an opportunity to reflect on their intolerance and make better choices.”

“However, like most leftist gimmicks in education, all of this is based on false premises and will only create more dysfunction in an already dysfunctional school system. Specifically, there are three major problems with this new policy, two of them concern the idea behind it while the third has to do with its implementation,” he added.

What does all this mean?

By knowing what the Biden administration’s recommended changes to Title 9 were going to be, the school board went ahead and inserted similar language in their policies, providing them legal cover, if needed.

Once again I am encouraging parents; if it is at all possible, please get your children out of these Marxist and social justice propaganda portals, formally called public education.

You only have a handful of years to influence and develop your children’s habits and worldview.

If you drop the kids off with far-left teachers for 8 hours a day, the odds of your children entering the world without being social justice activists is diminishing faster than you can say first grade.