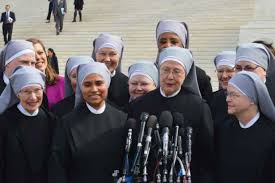 After a string of decisions diminishing rights, the Supreme Court handed down a few today protecting religious liberties.

The Supreme Court Wednesday settled — at least for now — a decade’s worth of litigation over the women’s health provisions of the Affordable Care Act, ruling 7-2 that employers with a “religious or moral objection” to providing contraceptive coverage to their employees may opt out without penalty. 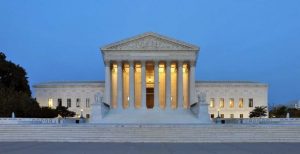 The Trump administration was within its rights to exempt religious nonprofit agencies, like the lead plaintiff in the case — the Roman Catholic order Little Sisters of the Poor — from having to facilitate in any way contraceptive coverage for their employees.

Wrote Justice Clarence Thomas in the majority opinion: “We hold today that the [government] had the statutory authority to craft that exemption, as well as the contemporaneously issued moral exemption.”

But the decision did more than settle a long-standing dispute over how the birth control requirement should affect religious nonprofit organizations. It also provided an exemption for any employer with a “moral” objection …