In our Constitutional Republic, most Americans identify in one of the two major political parties.

The Democratic party which has a checkered past including voting against the Civil Rights Act of 1964 and were the creators of the Jim Crow laws, has been able to convince the electorate that they are the party of the forgotten and underserved in urban areas.

Through a tenacious, no bars hold mindset, they push daily to deconstruct our culture in their pursuit to usher in their Marxist policies.

A few of the bullets on their checklist include:

Point one is well underway as an estimated 2+ million illegal aliens will cross our border in 2021 alone.

The second point is included in the Biden administration’s attempt to revitalize the DACA program, and in the 3.5T spending bill under consideration in both chambers of the US Congress.

In a huge loss for Majority Leader Chuck Schumer, Senate Parliamentarian Elizabeth MacDonough on Wednesday shut down his second bid to include amnesty to the $3.5 trillion reconciliation bill. 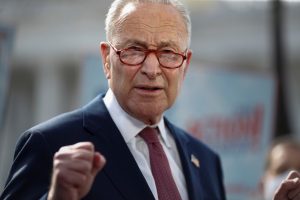 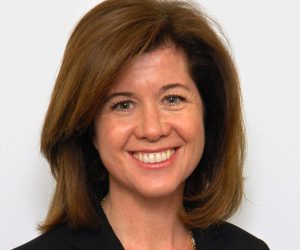 These two decisions are creating a roadblock on the left’s road to passing the $3.5 trillion “infrastructure” bill. As it is Speaker Pelosi is already losing her mind trying to appease the far left and moderates wings within the Democrat-controlled US House of Representatives.

Since they can’t pass all of their progressive policies through the regular legislative process which would require 60 votes, they are trying to go through the budget reconciliation process that would allow them to go around Republicans because it will only need a simple majority to pass.

The Senate Parliamentarian further rejected the Democrats’ effort to give illegals a pathway to citizenship because it would lead to “other, life-changing federal, state and societal benefits.”

Senate Democrats proposed legalizing millions of aliens by changing the date for when they can apply for citizenship.

The Senate parliamentarian has nixed Democrats’ back-up plan for getting immigration reform into a sweeping spending bill, handing them a second setback.

But MacDonough told Democrats that the option was a non-starter, according to a copy of the guidance obtained by The Hill. Democrats are pursuing other back-up plans with the Senate referee, according to a source familiar with Democrats’ strategy.

Changing the registry date is a “weighty policy change and our analysis of this issue is thus largely the same” as Democrats’ previous proposal to provide legal permanent resident status, MacDonough told Democrats in her guidance.

Hold on America, Schumer has too much riding on this spending package passing to let it fail.

Get ready for option three to be rolled out very soon.

Please check out my podcast on Spreaker –