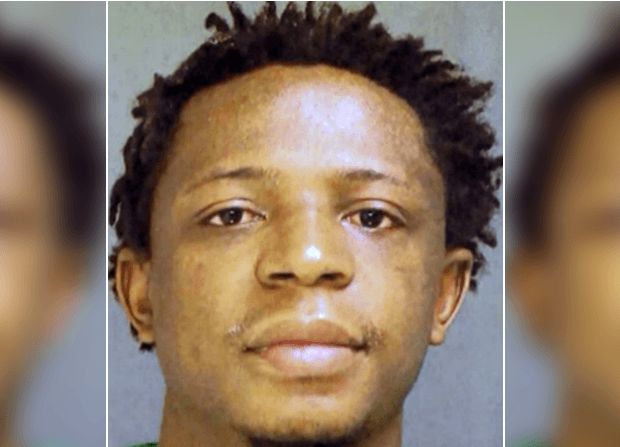 A few days ago I wrote about a shocking story coming out of the “City Of Brotherly Love”.

A 35-year-old man was charged with raping a woman on a Pennsylvania train as passengers did not intervene.

The police who originally kept his race and immigration status from the public has now released more details, which actually made the event even more disturbing.

Fiston Ngoy, a 35-year-old is an illegal alien from the Republic of the Congo, was arrested and charged with raping a woman on a Southeastern Pennsylvania Transportation Authority (SEPTA) train on the evening of October 13.

According to Fox News, Ngoy originally arrived in the U.S. on an F-1 student visa in 2012. By 2015, though, Ngoy’s visa was terminated requiring him to delf deport.

In what has become the norm, Ngoy did not leave the U. S. becoming an illegal alien instead.

In confirmation the immigration and judicial systems are broken, Ngoy subsequently plead guilty to sexual abuse and was ordered released into the U.S. by a federal immigration judge in 2019, according to Fox News:

Meanwhile, court records show that he racked up “multiple arrests and two misdemeanor convictions, one for controlled substances and one for sexual abuse.” Ngoy pled guilty in 2017 in Washington D.C. to the sexual abuse misdemeanor and was sentenced to 120 days in prison and nine months probation. He was put in immigration detention in Jan. 2018. [Emphasis added]

However, he was never deported because he received a “withholding of removal” from an immigration judge in March 2019 after the Board of Immigration Appeals found that his misdemeanor sex offense was not a “serious crime” that would have made him ineligible for such a stay. [Emphasis added]

As a result, Ngoy was released and only had to report into Immigration and Customs Enforcement (ICE) under an order of supervision (OSUP). OSUPs involve conditions being placed on those who have been temporarily released from custody until they are able to be deported, typically involving regular check ins. [Emphasis added]

Even with his long criminal record and illegal alien status, NGoy was free to roam Philly streets.

According to the Upper Darby Police Department, Ngoy raped a woman whom he did not know as passengers did not intervene and as some took out their cellphones to seemingly film the assault.

“Were they watching? I don’t know. Again, we’re still going through the video but there were a lot of people, in my opinion, that should’ve intervened,” Upper Darby Police Superintendent Tim Bernhardt told local media.

SEPTA Police Chief Thomas Nestel also replied; “There were people witnessing the act with phones in their hands,”

He also says no one called Philadelphia’s 911 and that it was a SEPTA employee who alerted police something wasn’t right.

“When the doors opened, an officer entered and saw what he believed was a criminal act occurring, ripped that man off of her,” Nestel said.

Unfortunately, this is another story of an illegal alien who should have been deported, committing a violent crime against an unsuspecting American citizen.

This rape victim has to live with being violated knowing others did not care enough to intervene.

With millions of more illegal aliens entering the U.S. this year alone, more events like this are likely to happen, hopefully not in a neighborhood near you.