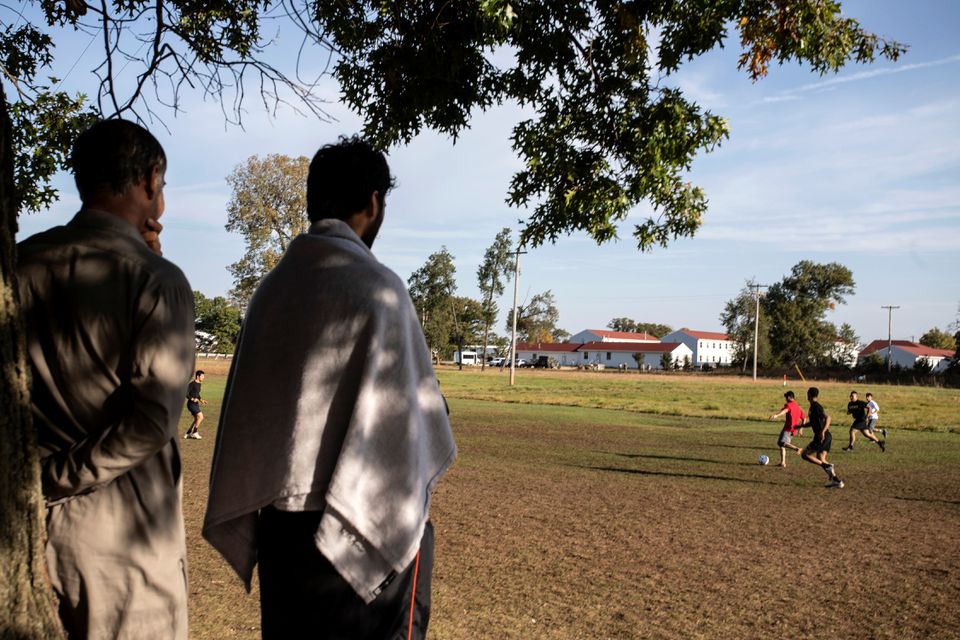 For several years I have discussed one of the possible ramifications of leaving the southern border of the U.S. wide open; domestic terrorism.

Tens of millions of illegal aliens, from over 150 counties, have made their way across our border with a majority not having been caught, identified, and recorded in the FBI database.

For a nation that has spent trillions of dollars on our military and in military conflicts, the idea that members of ISIS, the Taliban, or any other Islamic fringe group’s members can just walk in is appalling.

As a result of the inept withdrawal from Afghanistan, in which President Biden’s decision to remove the military before the citizens cost the lives of 13 service members, the first planeloads of Afghanis that fled Kabul in our military cargo jets, were not fully vetted.

Once in our country, the U.S. now had to figure out who these foreign nationals actually are, if possible.

According to Reuters, at least 700 Afghans had fled U.S. bases in Wisconsin, Virginia, Texas, Indiana, New Mexico, and New Jersey before being resettled by refugee contractors.

In a letter to Department of Homeland Security (DHS) Secretary Alejandro Mayorkas, Cotton asked for information on the Afghans leaving U.S. bases. — including their immigration statuses and if they received approval from DHS to leave.

“A more extensive review and vetting process is absolutely essential for the tens of thousands of unknown Afghans who were airlifted during the evacuation,” Cotton writes:

The U.S. government is currently investigating multiple crimes committed in evacuee facilities. The American people have seen reports of a group of male Afghan evacuees assaulting a female servicemember at a Fort Bliss facility in New Mexico. [Emphasis added]

An Afghan evacuee allegedly sexually assaulted young boys at Fort McCoy in Wisconsin. Another Afghan evacuee reportedly choked his wife at Fort McCoy. The State Department has raised concerns about child trafficking by older Afghan men. Even previously-deported criminals — including an Afghan who had previously been convicted of rape in the United States, and another who had previously been convicted of aggravated robbery — were airlifted back to the United States. [Emphasis added]

In light of these reports, it is alarming that hundreds of Afghan evacuees have reportedly left U.S. military bases directly into our communities, possibly before completing our vetting and immigration processes. [Emphasis added]

Cotton is requesting DHS to respond to his questions by October 8, though the Biden administration has refused to make public information about Afghans brought to U.S. known.

We can only imagine what the final numbers will be from Biden’s massive relocation of at least 95,000 Afghans to the U.S. for resettlement in 46 states.

You might ask the question, why place them in 46 of the 48 contiguous states?

As a Californian living in the sea of massive legal and illegal immigration, I believe the government’s next step will give them green cards allowing them to bring over millions of family members via chain migration.

If most eventually get citizenship, and with their higher than the average birth rate, the odds are the Democrats will have created millions of voters using the Afghanistan crisis as the catalyst.

Please pray I am not right that massive crime and terrorism will probably take place over the next few decades as millions of more illegals pour across our borders too.