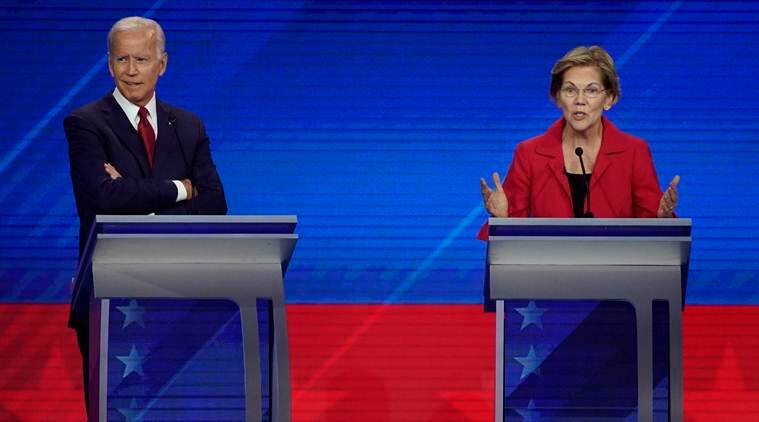 Two prominent leaders of the Democratic party are making outrageous comments this week.

President Joe Biden delivered a partisan political speech from the White House on Wednesday warning of the “extreme” agenda from “MAGA” Republicans.

“This MAGA crowd is really the most extreme political organization that has existed in American history,” Biden said, referring to the Make America Great Again movement sparked by former President Donald Trump.

The president then clarified that he meant the most extreme political group in “recent” American history.

Biden repeatedly mispronounced “MAGA” as “mega” but corrected himself.

Biden answered a question from reporters about the possibility of the Supreme Court overturning Roe v. Wade.

“This is about a lot more than abortion,” he said.

The president warned that Republicans might pass a law preventing “LGTBQ children” from attending public school with other children.

“Let me tell you about this ultra-MAGA agenda, it’s extreme,” Biden said.

He also suggested that the Supreme Court overturning Roe v. Wade could mean that government could regulate couples from using birth control.

Biden spoke about Republicans during a speech in the White House trumpeting his attempt to reduce the deficit, despite spending more than $3 trillion in his first year as president.

The president repeatedly referred to former President Donald Trump without using his name, choosing instead to focus on “MAGA Republicans.”

The far-left Senator implied she wants to see Justices Amy Coney Barrett, Neil Gorsuch, and Brett Kavanaugh investigated for a potential ruling to reverse Roe v. Wade. Chief Justice John Roberts confirmed the authenticity of the draft opinion, but the ruling is not finalized yet.

According to ABC News, Warren said,

“What should be investigated and prosecuted is the fact that people who were nominated to the Supreme Court stood up and said they believed in the rule of law and precedent, and then at first opportunity, changed direction by 180 degrees and are going for a full repeal of Roe.”

“I am angry because an extremist United States Supreme Court thinks that they can impose their extremist views on all of the women of this country and they are wrong,” Warren said outside the Supreme Court on Tuesday. “I am angry because we have reached the culmination of what Republicans have been fighting for, angling for decades now, and we are going to fight back.”

“I am angry because of who will pay the price for this,” Warren continued. She said that “wealthy women” won’t “pay the price,” but the “poorest women” and the “young women who have been abused” and “raped” will be harmed.

“I am here because I am angry,” Warren reiterated. She then called on Congress to pass a law codifying Roe v. Wade. The Senate voted down on February 28 an attempt to codify Roe v. Wade, however.

I am angry because an extremist Supreme Court thinks they can impose their extremist views on all of the women of this country and they are wrong.

I have seen the world where abortion is illegal. We’re not going back—not now, not ever. pic.twitter.com/5lE8rCQz5U

Biden: Arrogantly Says Not Willing To Allow Voters To Decide On Abortion
It’s a Double Sweep as All 22 Trump-Endorsed Candidates Won Their Primaries in Ohio and Indiana