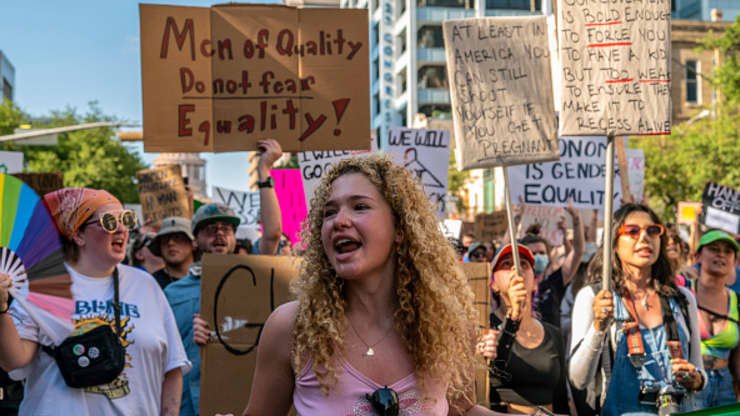 Some more great news for pro-lifers, this time out of Texas.

As of Friday abortion is once again no longer legal in the Lone Star state.

This reality follows a majority decision by the U.S. Supreme Court on Friday, June 24, which overturned Roe v. Wade. This ended the 49-year “constitutionally-protected” right to get an abortion in any of the 50 states.

But last Tuesday, Judge Christine Weems in Harris County issued a temporary restraining order to block the enforcement of the 1925 Texas law banning abortion unless required to save the mother’s life.

Abortions in Texas were already restricted under the Texas Heartbeat Act or Senate Bill 8, a law that took effect in September 2021.

Weems’ order had allowed some clinics they could temporarily resume abortions for babies up to six weeks, roughly when a heartbeat is detectable in the unborn baby.

Texas Attorney General Ken Paxton announced on June 30 that he sought emergency relief from the Texas Supreme Court by asking it to vacate the temporary restraining order issued by Weems.

Paxton’s petition was granted, and the state has returned to enforcing the Texas Heartbeat Act. A later hearing on the case is scheduled for July 12.

The Texas Supreme Court has given the go-ahead for the state to enforce laws that ban abortion, blocking efforts that barred the laws from taking effect after the U.S. Supreme Court overturned the 1973 Roe v. Wade ruling.

At midnight on the Friday night/Saturday morning of a holiday weekend, the Texas Supreme Court released its ruling that a total ban on abortions can be enforced in this state.

Life News points out that part of the argument made by pro-abortion groups to Judge Christine Weems, was factually not true.

CLAIM: Women will die if abortions are banned.

The ending of Roe and Casey is huge

The SCOTUS’s ruling will also save millions of babies in the other states that follow Texas’ lead.

The ruling will allow pro-life organizations to focus their energy and resources in states that still allow abortions, saving many babies in them too.

Come on America, let’s make sure pro-life centers have all the funding they need to open up and operate where needed, donate today.

Must Watch. 100 Year-Old Veteran: “This Is Not The Country We Fought For”
Colorado Teacher Sent To Re-Education Training For Questioning Liberal Ideology