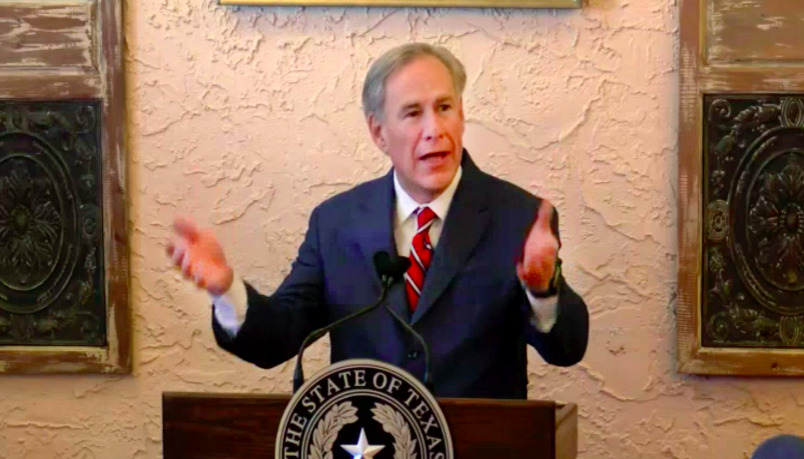 Following his declaration of an “invasion” at the Texas-Mexico border, Republican Gov. Greg Abbott’s administration directed the state’s military to send tank-like military vehicles to 10 spots on the international boundary.

The Texas National Guard will deploy 10 M113 Armored Personnel Carriers to the southern border in the coming days, the Texas Military Department told the Washington Examiner on Monday.

200 similar vehicles have been sent to Ukraine since the Russian attack.

In a statement, the Military Department called the actions a “part of a larger strategy to use every available tool to fight back against the record-breaking level of illegal immigration.”

Last week, Abbott, as Governor of Texas and commander-in-chief of its military forces, invoked the Invasion Clauses of the U.S. and Texas Constitutions to formally declare illegal immigration at the state’s Mexico border an invasion.

In a tweet, Abbott shared part of a letter he sent to the county judges along the Texas-Mexico border.

The tweet outlined some of his initiatives to tackle the invasion, including deploying the National Guard to “safeguard our border” and to “repel and turn back” immigrants trying to cross the border illegally.

I invoked the Invasion Clauses of the U.S. & Texas Constitutions to fully authorize Texas to take unprecedented measures to defend our state against an invasion.

The Texas Tribune reports that around 50 soldiers will be trained to operate the Armored Personnel Carriers. The Texas National Guard is also increasing “aircraft flights and security efforts” on the border.

The carriers are designed to carry infantry troops across modern battlefields alongside tanks and can be equipped to carry heavy machine guns, grenade launchers, and anti-tank missiles.

The number of illegal crossings at the southwest border for the fiscal year 2022 was more than 2.76 million. This breaks the previous annual record by more than 1 million. Over 5.5 million illegal immigrants have entered the country since Biden took office.

Abbott sent a letter to the Biden administration urging them to “end its catch-and-release policies, repel this unprecedented mass migration, and satisfy its constitutional obligation through faithful execution of the immigration laws enacted by Congress.”