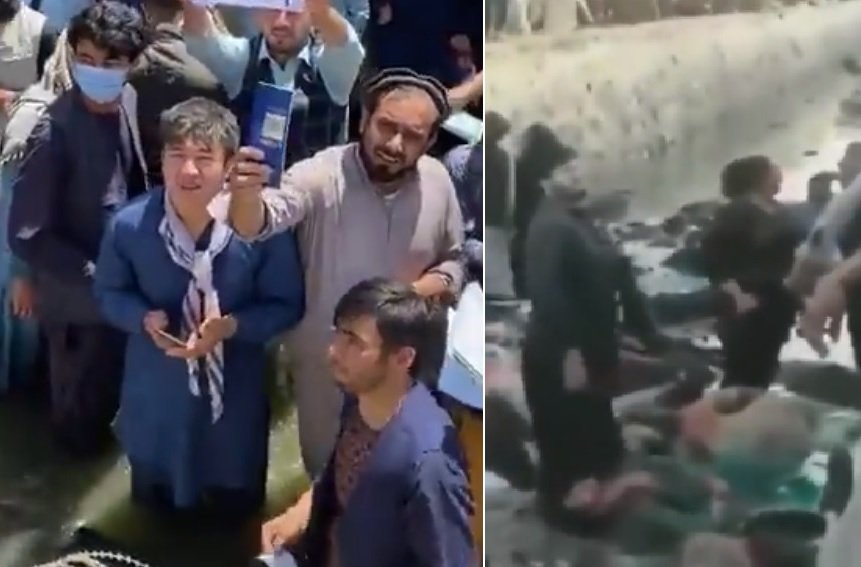 What happened today in Afghanistan?  A few thousand years of recorded human history just added another chapter of violence in Islamic nations.

Since the inception of Islam around 610 AD, nomadic Arab cultures have been introduced to, and many converted to a new religion by a man named Muhammad. Though many who culturally practice Islam rejecting its calls for violence against infidels, women, and children, violent minority factions like ISIS and the Taliban are once again dominating the news.

There were two explosions reported outside the Kabul Airport on Thursday.

We can confirm an explosion outside Kabul airport. Casualties are unclear at this time. We will provide additional details when we can.

U.S. officials believe the explosion may have been conducted by a terror group seizing on the chaos left in the wake of President Joe Biden’s abrupt military withdrawal. ISIS, al Qaeda, and rogue Taliban forces are all a grave threat to Americans and Afghan allies in the war-torn nation.

Americans stranded in Afghanistan have been instructed again to not seek passage out of Afghanistan via Kabul airport at this time unless directed by U.S. officials. This news comes as the Aug. 31 deadline is rapidly approaching, and there will almost certainly be thousands of Americans left behind. The Taliban is warning of “consequences” if there are rescue or extraction operations conducted after the Aug. 31 deadline.

The bombings took place near the Baron Hotel where the US and UK used as a meeting place for stranded citizens on their way out of the country.

At least four U.S. Marines were injured or killed. The explosion is being described as a ‘complex suicide bombing.’

John Kirby confirmed the blasts resulted in US and civilian casualties.

We can confirm that the explosion at the Abbey Gate was the result of a complex attack that resulted in a number of US & civilian casualties. We can also confirm at least one other explosion at or near the Baron Hotel, a short distance from Abbey Gate. We will continue to update.

And HERE is the scene after the bombings today.
WARNING ON CONTENT

Several dead and injured, the exact number can be very high. #Kabulairport pic.twitter.com/AbvtCcNaMa

In response to the bombings, “Belgium, the Netherlands and Denmark all said that they would no longer be able to facilitate airlifts from the Hamid Karzai International Airport, which has both civilian and military sections.
https://www.breitbart.com/politics/2021/08/26/european-allies-halt-evacuations-from-kabul-amid-suicide-terror-threats/
Continue Reading
You may also like...
Related Topics:

Up to 100 Afghan Evacuees Are on US Terror Watch List – At Least One Has Ties to ISIS
Americans Left Behind! Stranded Civilians Shot At, Beaten, Turned Away From Airport – Marines Killed!