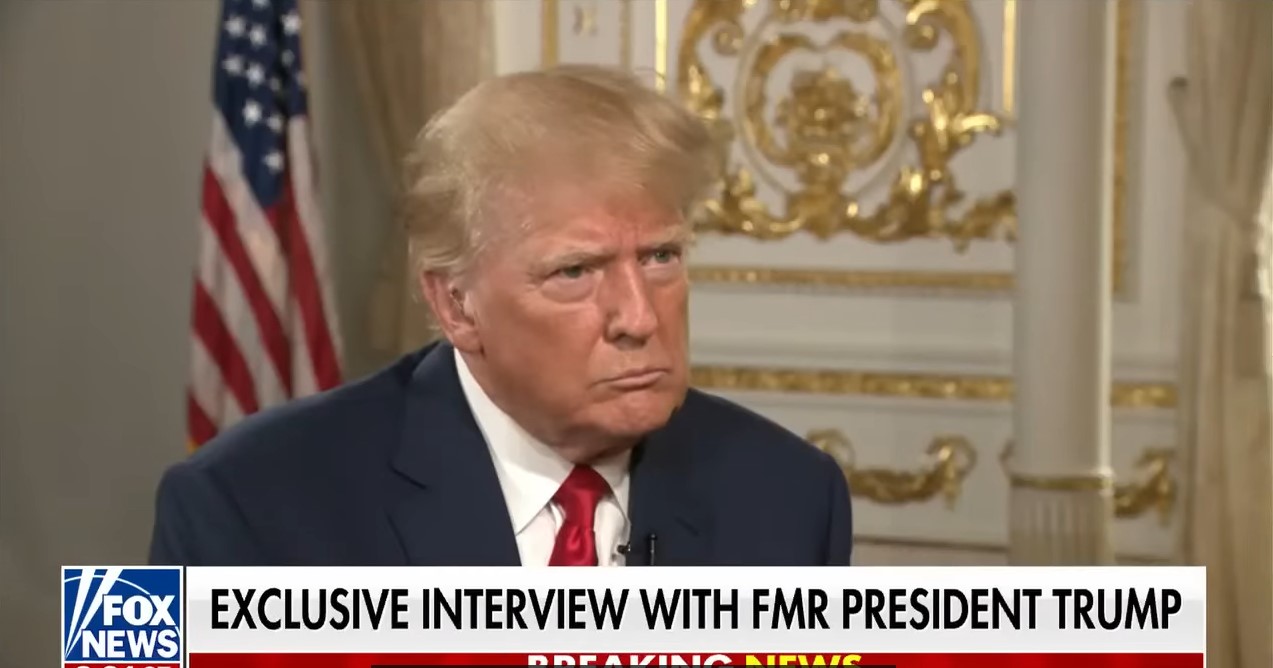 Former President Donald Trump has always been known for his off-the-cuff comments and strong opinions.

The business mogul discussed the FBI’s raid on his Florida home at Mar-a-Lago last month during a Fox News interview with Sean Hannity on Wednesday night.

Trump said that he had the ability to declassify documents by just “thinking about it.”

The sections of the U.S. criminal code that were cited on the search warrant obtained by the DOJ indicated that the investigation centered around matters unrelated to whether the documents in question were declassified or not.

Other sections that were cited included potential violations of the Espionage Act, the unlawful taking of government records, and obstruction of justice related to destroying documents.

“I did declassify,” Trump told Hannity during the interview at Mar-a-Lago.

“Is there a process — what was your process to declassify?” Hannity asked.

“Now, I declassified things, and we were having a lot of problems with NARA. You know, NARA is a radical Left group of people running that thing, and when you send documents over there, I would say there’s a very good chance that a lot of those documents will never be seen again.”

Hannity later asked about the Special Master being requested, “why did you approve a special master that signed one of the FISA warrants? That was surprising.”

“Well, the lawyers had a lot — I didn’t know any of the people involved. But, you know, if you look at it, he was stung badly by that because the FBI lied to him and the people in the Justice Department lied to him,” Trump said.

“So, if you think about it, yes, he approved it and he got stung very, very badly by that.”

Well, the main question that will have to be answered in the courts is what constitutes declassifying documents.

As for now, Trump and the DOJ vehemently disagree on what the answer should be.

Shocking: Fetal Heartbeat A ‘Manufactured Sound’ To Outlaw Abortion – Stacey Abrams
PELOSI: Biden’s Only ‘Great Service’ To The US Was Beating Trump, I Won’t Pledge To Back Him In 2024