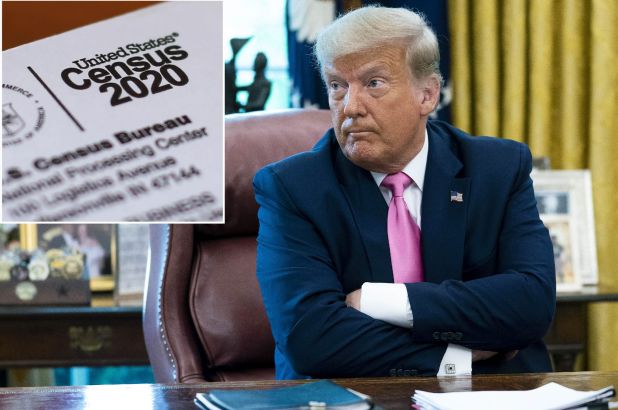 Trump aims to bar those in the US illegally from reapportionment

President Donald Trump signed a memorandum Tuesday that seeks to prevent illegal aliens from being counted in congressional reapportionment, a move that drew immediate criticism and promises of court challenges on constitutional grounds from the open border, anti-American activists.

President Trump said that including people who are in the country illegally in the apportionment process “would create perverse incentives and undermine our system of government.”

Reapportionment is the process for redistributing seats in the U.S. House of Representatives based on changes in population found in each decennial census.

BREAKING: President Trump has signed an Executive Order Banning Illegal Immigrants from 2020 Census count for the purpose of Congressional representation.

Last year the Supreme Court blocked the Trump Administration’s move to add a citizenship question to the 2020 census.

The census is taken every 10 years and is used to allot seats to the US House of Representatives in addition to distributing almost $1 trillion in federal funds.

This is why DNC Chair Tom Perez freaked out on Tuesday and slammed Trump.

“There is no end to Donald Trump’s anti-immigrant agenda,” said Tom Perez, chairman of the DNC. “First, he tried to put a citizenship question on the census but got blocked by the Supreme Court. Now he’s back at it with an unconstitutional order that has no purpose other than to silence and disempower Latino voices and communities of color.”

This should be another no-brainer. All illegal aliens should be leaving soon so why would they be counted as the part of the US population? The numbers determine how many representatives your city is entitled to.

For the globalists, who want open borders, there are no such things as illegal aliens, just residents who are in the country illegally. So, since they should not be required to leave then of course they should be counted as part of the US population.

It comes down to law and order! Let’s see what Chief Justice Roberts does this time.