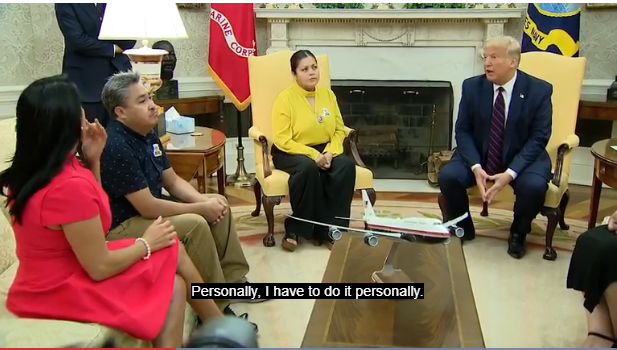 There is only so much time in a day, 24 hours to be exact, and few people in my life have made the most of each minute.

Politicians occasionally receive recognition for an accomplishment, so infrequent, Presidents like Barak Obama would go weeks or even months with any significant news to be reported on. 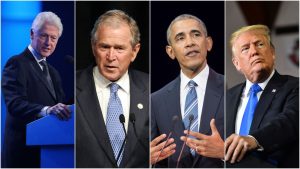 President Trump, on the other hand, meets daily with various people and groups, signs Executive Orders to help improve the lives of every American, for example, last week the Trump administration took historic action to lower drug prices for Americans, plus hosts multiple meetings to deal with issues such as immigration, race relations, communist regimes, and CV-19.

Yesterday, President Trump met with a grieving military family to hear their story and empathize with them. The family, the Guillen’s, the family of murdered Army soldier Vanessa Guillen, encouraged passage of legislation drafted by their family’s attorney that would allow soldiers to report sexual abuse outside their chain of command.

President Trump on Thursday offered to pay for the funeral of a soldier found dead after disappearing in April from Fort Hood — and said he’s paid for other funerals for troops.

Trump made the offer while hosting the family of Vanessa Guillen, who was 20, in the Oval Office. A male soldier suspected of killing Guillen near the Texas base committed suicide, the Army has said.

In response to a reporter’s question, Trump said he’s paid for other soldiers’ funerals.

“I have, I have. I have to do it personally, I can’t do it through government,” Trump said. “I have because some families need help. They need help.”

Before their meeting with the Commander-in-Chief, family members expressed their reason for taking Vanessa’s story to the top.

Guillen’s family said the military was helping them through this hard time.  They’re waiting for the return of her remains.  Trump told them he would help expedite it.

“I don’t even know if you need help, maybe you don’t need help from a financial standpoint. I have no idea. I just think it’s a horrific thing that happened and if you did need help, I’ll be there to help you,” Trump said.

Trump asked that Khawam tell the news media about the case she was representing, adding that he didn’t want Guillen’s story to be “swept under the rug.”

Khawan characterized the situation of sexual harassment and assault in the military as “picking at a scab” and finding out that it was “septic.” Guillen’s family had said the soldier was a victim of sexual harassment. “It’s a systemic problem,” Khawam related Trump in the Oval Office. “There isn’t enough protection in place, because they get nervous about retaliation.”

Through this tragedy, I pray that the death of Vanessa Guillen is used to create laws, requires sexual abuse to be reported up the chain of command, and that God would work through this tragedy bringing comfort to all and for His glory.