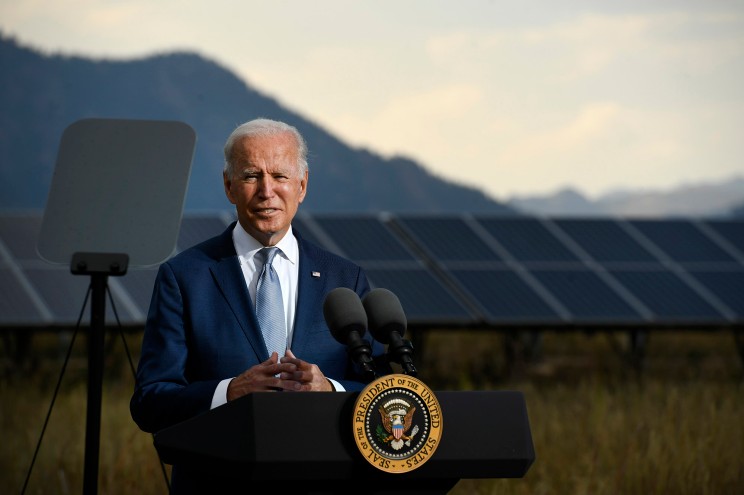 Why Is Joe Lying – The $3.5 Trillion Agenda Costs ‘Zero Dollars”?

The revenue is unattainable, the costs are understated and a  future congress can re-instate programs forecasted to end down the road.

“The great masses of the people . . . will more easily fall victims to a great lie than to a small one.”

This reminds me of a huge propaganda campaign put forward by the White House, Media and Tech giants –

The latest big lie that is getting pushed, this time by the 46th Commander In Chief is the following:

Instead of wasting money on tax breaks, loopholes, and tax evasion for big corporations and the wealthy, we can make a once-in-a-generation investment in working America.

And it adds zero dollars to the national debt.

The problem with this slogan is not even the most liberal publications are buying into it.

The Hill calls the formulations used by the administration as “Voodoo math”.

Fortunately, numbers are numbers and math is math, and therefore they can’t be spun so easily.

According to the Committee for a Responsible Federal Budget (CRFB), a nonpartisan, nonprofit organization based in Washington, the $3.5 trillion bill would call for the U.S. government to borrow $1 trillion. It also projects that approximately $3 trillion would be added to the national debt over the next decade.

The CRFB further found that, thanks to various accounting and budgeting gimmicks, the $3.5 trillion bill’s cost is more in the $5.5 trillion range.

“It would be unwise and irresponsible to use arbitrary expirations and sunsets to obscure the true cost of this legislation,” the committee concludes.

Meanwhile, the other part of the plan is moving on a parliamentary track known as reconciliation. That means it can pass with a simple majority in the Senate because it is not subject to a filibuster. So no Republicans votes are needed. But it’s grown from $1.8 trillion to $3.5 trillion as climate-change elements from the original infrastructure bill and other Democratic wish-list items have been added.

The Congressional Budget Office estimated the plan would add $256 billion to the federal budget deficit over 10 years, but for complicated reasons that is a lowball figure. Marc Goldwein, senior vice president at the Committee for a Responsible Budget, says that buried in the CBO report is information that indicates the infrastructure bill would add $398 billion to the deficit.

We’ll keep an eye on the final outcome, but for Americans not steeped in budget arcana, the president’s claim is misleading. For now, Biden earns Two Pinocchios — a number that could grow higher.