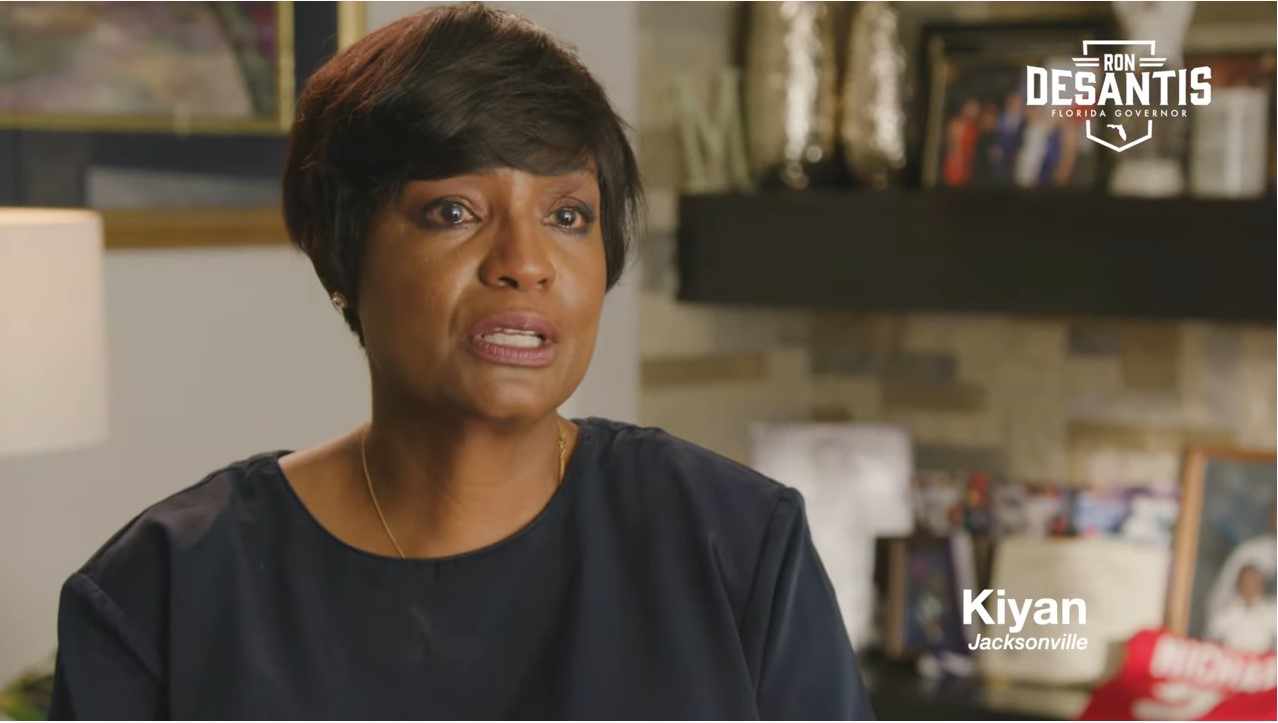 The increased attacks on Republican politicians and the average pro-American citizen appears to be backfiring on the radical left.

Polling numbers that originally supported Joe Biden following his inauguration, quickly dropped in disapproval as the mentally declining, compromised puppet’s radical agenda was rolled out and because of his angry divisive rhetoric.

A handful of Republicans who decided to go on the offensive have seen their approval numbers increase, and they are hurting the Democrats by pointing out their party’s self-inflicted failures, and the pain and suffering caused by their globalist worldview.

A new ad for Ron DeSantis (R-FL) from the Republican party of Florida features a Jacksonville mother, Kiyan, who lost her son after an illegal alien crashed into him, causing his car to flip and ultimately killing the 21-year-old.

“When our middle son, Brandon, left to go to work, he was only 21 years old, and the last words I said to him was, ‘I love you,’” Kiyan said in the ad, referring to the day an illegal alien killed him.

“And a twice-deported illegal ran into him and hit him so hard that he caused Brandon’s car to flip, and he killed him. My child was killed by someone who should not have been here,” she said. “This is what happens when we have open borders.”

Kiyan said she met with Gov. DeSantis, a strong opponent of President Biden’s open borders policies, which attract even more illegal aliens to the country.

She told the governor her son’s story and said she saw “compassion” and “concern” from DeSantis.

“He has made our state one of the safest states to be in. There’s no greater leader than Governor DeSantis because he doesn’t just listen. He put action behind it,” she added.

We released a new ad today to tell the story of a mother who tragically lost her son as a result of illegal immigration.

This tragedy is a result of open border policies & why @RonDeSantisFL fights to keep FL safe. pic.twitter.com/3nt57oCjzM

DeSantis made national headlines after sending dozens of migrants to Martha’s Vineyard, where they remained less than two days, as the island’s elites essentially deported them off the island in less than 48 hours.

“Oh, by the way, they already bused them out. They’re gone,” DeSantis said during a Friday press conference, noting the hypocrisy of those who profess to want more mass migration. Despite the fact that the migrants sent to Martha’s Vineyard represented just 0.001 percent of the nation’s border crisis as a whole, the island could not tolerate the newcomers.

“They said, ‘We want everyone, no one’s illegal’ — and they’re gone within 48 hours,” DeSantis added.

See also  While Hosting The Atlanta Braves: “Everybody Under 15, Come Here, Come On Honey” (VIDEO)
Continue Reading
You may also like...
Related Topics: