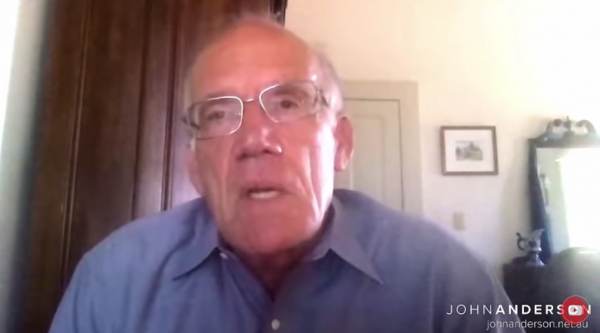 Stop and think about this.

What would happen if all the hate the left has towards President Trump and his supporters could be funneled into legislation today? How fast would they try to lock us up and execute the President for “Trumped-up treason charges?

Well if Joe Biden is elected, and the GOP doesn’t get back the House, this is what we can expect in the near future.

Do you think I am exaggerating?

Only a couple of years ago, Universal Studios, an anti-Trump production company, was going to release a movie called, The Hunt.

The left was getting excited to watch the killing of Trump supports, but they claimed, “only as satire” though.

Why did the hunt get Cancelled?
Why did Universal cancel the release of The Hunt? Universal canceled The Hunt‘s release indefinitely following criticism, including from President Trump, in the wake of two mass shootings that killed 31 people in El Paso, Texas, and Dayton, Ohio, on Aug.Aug 13, 2019

As the impeachment hoax was coming to a close, a mystery virus interrupts the best economy in world history. The CDC used bogus meddling data to convince President Trump to close the entire country and every attempt was made to assign the blame to Trump.

During the flattening of the curve months, churches and other places where communities could meet were ordered to remain closed, while the domestic terrorist groups, ANTIFA and BLM, increased their recruiting and by June were out rioting in Portland and Seattle.

In the past 6o days, the anarchy has increased, as politicians have marched with BLM, even though most of the “protesters” were not wearing mask nor maintain social distancing.

With only 2 months before the elections; the progressives, Marxists, and domestic terrorists are angry. They hate Trump to the point of doing anything to stop him from getting re-elected, even if that means exaggerating the risk from CV-19 to actually beating a Trump supporter to death in the street.

The election comes down to this…

Victor Davis Hanson was on with the Hon John Anderson AO, the former Deputy Prime Minister of Australia, to discuss the upcoming 2020 election.  The interview was excellent throughout but the key points were made by Hanson at the end of the interview when talking about the upcoming election at the 9:35 mark:

We are going to wait and see what happens in November to finish and there’s three or four things that we don’t know what’s going to happen.  Either the virus is going to wane.  If it wanes by November, Trump will be elected.  If the lockdown stops and the economy starts to show real signs of recovery, he’ll win.

If Joe Biden gets out on the trail and seems to be cognitively impaired in some way, Trump will win.  And if Trump has a greater degree of discipline in his expressions he’ll win.  If that does not happen, he’ll lose.

So it’s, we’re all waiting to see which of those four or five factors will play out and how they will play out.  But they’re on everybody’s mind and they govern every policy decision, every editorial, interpretation of them.

Unfortunately, everything is weaponized in this country.  I’ve never seen anything like it. I grew up in the 60’s and even that was not like this.  It’s scary.