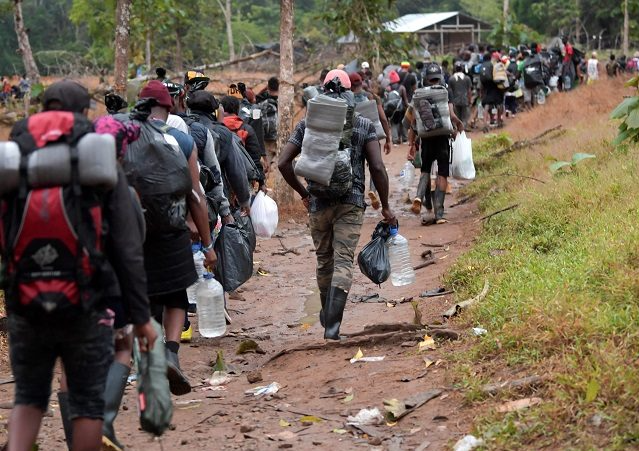 More Hattians in Panama have got the Biden open borders memo.

Following two weeks of our border patrol stopping, speaking to, and eventually allowing 20,000+ economic refugees from the Del Rio bridge camp into the interior of the US, 60,000 more Hattians are on their way.

Why are foreign nationals from multiple countries deciding to take the risk now?

Simple, former President Trump is no longer our Commander In Chief and President Biden has stopped all of Trump’s immigration policies that were working.

Panama’s foreign minister is warning that as many as 60,000 Haitian migrants are likely headed to the U.S. after passing through her country. 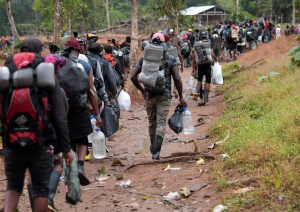 Panama Foreign Minister Erika Mouynes told Axios as many as 60,000 Haitian migrants are poised to make their way to the U.S.-Mexico Border. The Panamanian government expects another 27,000 Haitians to make the trek through the Darien Gap this month — more than the total for all of 2019.

The Panamanian foreign minister is asking for help from the Biden Administration to coordinate with all of the nations in the region. She wrapped up meetings earlier this week in Washington with Homeland Security Secretary Alejandro Mayorkas and congressional leaders.

“We’ve engaged with every single authority that we can think of, that we can come across, to say, ‘Please, let’s pay attention to this,’” Mouynes stated. She expressed frustration with the Biden Administration being “caught off guard” by the Haitian migrant crisis. She said she has been sounding the alarm for months.

“We all have a role to play in this issue, and the regional approach is the correct approach,” the foreign minister explained. “It is impossible for Panama to solve it on its own.”

Mouynes reported that more than 85,000 Haitians have crossed to Colombian border into Panama so far this year. “When we receive them on the Panamanian side, they’re malnourished. The children are in terrible condition, so even getting them up to a healthy state takes time.”

Mouynes added that Colombia is currently holding back approximately 30,000 migrants seeking to cross into Panama.

In total over 100,000 Hattians from the three countries are coming and/or considering heading to the USA.

Even though they are economic refugees, which doesn’t qualify under the asylum statute, they know the first batch got in, so why not join them in our country too.

As a result, states are forced to deal with these thousands of immigrants, many with diseases, needing medical, food, housing, and educational benefits.

Coming Sick To America – 1-in-5 US Border Crossers Have An Illness
Lying Schumer Promised Manchin Reconciliation Package Would Only Cost $1.5 Trillion – In Writing