The Dirty Chameleons! Biden and Kamala Flip-Flop (LIE) On Fracking After Polls Tighten in Pennsylvania

Politicians prefer to call them, changing their positions after getting better-eudcatrued on the subject.

It is typically difficult to get elected President, as a known changer of your views for political expediency.

Do you remember John Kerry, who lost to an unpopular Geroge W. Bush in 2004?

Kerry was notorious for his flip-flops, and the Bush campaign effectively exploited it in campaign ads and overall messaging. “Whether you agree with me or disagree with me, you know where I stand, you know what I believe,” Bush would say. 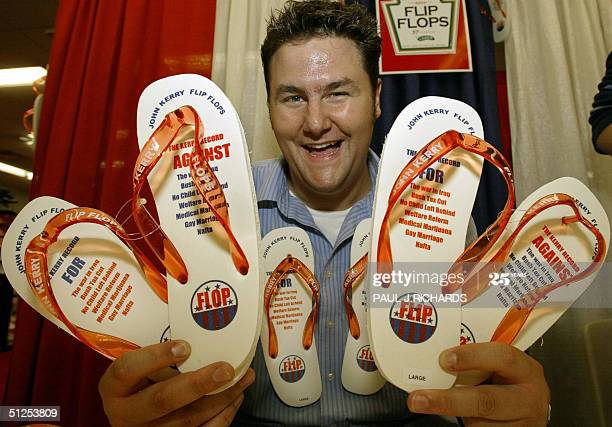 John Kerry infamously said, “I actually did vote for the 87 billion dollars [in Iraq war funding] before I voted against it,” and humorously bragged about how many SUVs he owned while campaigning in Michigan, but then denying owning any SUVs during an event on Earth Day.

Kerry’s reputation as a flip-flopper wounded his campaign greatly, and it appears that Joe Biden is trying the John Kerry strategy in the hopes he can make it work.

In 2020 and it’s Sleepy Joe Biden’s turn to flip flop on issues, depending on the polls.

Joe, as guided by his handlers, emphatically said during the Democratic primaries, he was for the “Green ‘Deal” and promised no new fracking!

Then on August 31st, a few weeks after securing the Democratic Presidential nomination, Biden flip-flopped on his long-held anti-fracking position while campaigning in Pennsylvania, where fracking is a major industry.

Now that Kamala Harris has joined the Biden ticket, she too is getting scrutinized for her LONG history of lying, deceiving, and flip-flopping.

For example, now that polls have tightened, and Trump and Biden are tied in the state of Pennsylvania (a crucial swing state), Kamala Harris, who also campaigned on banning fracking, just flip-flopped on the issue, following Joe’s new position on the issue.

Listen to why. Harris now says she’s comfortable with Biden’s newfound support for fracking because it provides “good-paying jobs in places like Pennsylvania.”

Did it not provide “good-paying jobs” prior to the race getting close?

Kamala’s real position on the fracking was shared during her failed presidential bid.

“There is no question I am in favor of banning fracking,” Harris said during a CNN town hall on climate change in September 2019.

With the election now anyone’s guess,  the Biden-Harris campaign knows that fracking and natural gas are important to the economy of Pennsylvania.

The question is how effective will the establishment be is hiding both of their real positions to voters in states with fracking and other energy jobs, while pushing their new positions to the voters on social media and modified Google search results.

After they both moved further and further to the left during the primaries, they’re now trying to pivot back toward the center by reversing key positions they’ve long held to get support from the base of the Democratic Party. Now they’re desperately trying to pander to a crucial swing state and expect the public to trust them when they say they won’t ban fracking.

Come on America, don’t fall for their lies, appearing as flip flops.

Just look at what happened in Venezuela. Their former president, Hugo Chávez, ran as a nationalist but after winning the election, assumed total control running the country into the ground as dictator of his version of democratic socialism, aka Marxism.

A Biden/Harris team would be ruthless and would take our rights away faster than a duck would survive flying our Phil Robert’s property, that is not long.