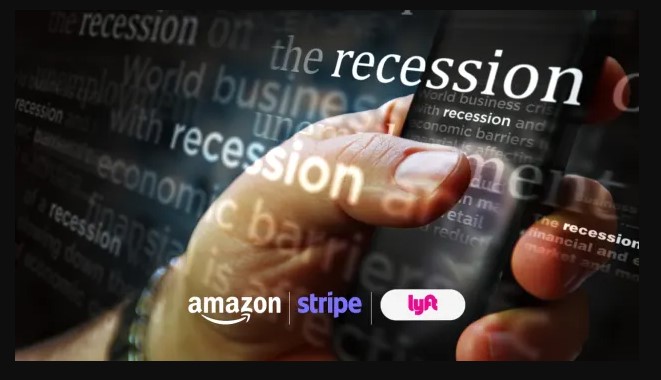 As political parties battle over policy differences and ask voters to get behind their proposed roadmaps for the future of the nation, large corporations and small businesses are dealing with the fallout from the White House’s mismanagement of the economy.

Several well-known businesses are laying off employees in expectation of a further national economic decline in 2023.

Both companies cited recession fears and other macroeconomic challenges as motivators for their decisions, while Amazon’s senior vice president of people experience and technology Beth Galetti simply characterized current economic conditions as “uncertain and challenging” in a letter to Amazon staffers.

Confirming an earlier report by The Wall Street Journal, Lyft co-founders John Zimmer and Logan Green announced the cuts to staff Thursday. “There are several challenges playing out across the economy. We’re facing a probable recession sometime in the next year and ride-share insurance costs are going up,” they wrote in the memo viewed by the Journal.

This messaging was shared by Stripe’s co-founders Patrick and John Collison, who stressed the need to embrace the reality of current conditions and prepare for “leaner times,” in an email to staff. The company was valued at $95 billion in its most recent round of funding but has since cut its internal valuation by 28%, Reuters reported Thursday.

ok so now that Facebook, Stripe, Twitter, Lyft, etc are all making cutbacks this week — expect every other private company that hasn't announced layoffs to do so in next 30d / before the holidays.#TheCurrentThing… is laying off at least 10-30% of your workforce.

“We were much too optimistic about the internet economy’s near-term growth in 2022 and 2023 and underestimated both the likelihood and impact of a broader slowdown,” the Collisons wrote. “We grew operating costs too quickly. Buoyed by the success we’re seeing in some of our new product areas, we allowed coordination costs to grow and operational inefficiencies to seep in.”

Microsoft recently told investors that new hires in this quarter “should be minimal.” Google parent Alphabet said it is planning to reduce hiring by half in the fourth quarter as the previous quarter missed the company’s earnings expectations.

A hiring freeze and layoffs are intensifying in tech. The CEO of Twitter, Elon Musk, has ordered cuts across the company, which employs about 7,500 people.  Musk will notify employees On Friday through email whether they have been laid off, temporarily closing the facility and limiting staff access.

Given the ongoing economic turmoil, there are indications that the Great Resignation may be slowing down. According to a KPMG survey, 33% of CEOs in India, compared to 39% of CEOs internationally, have already implemented a hiring freeze.