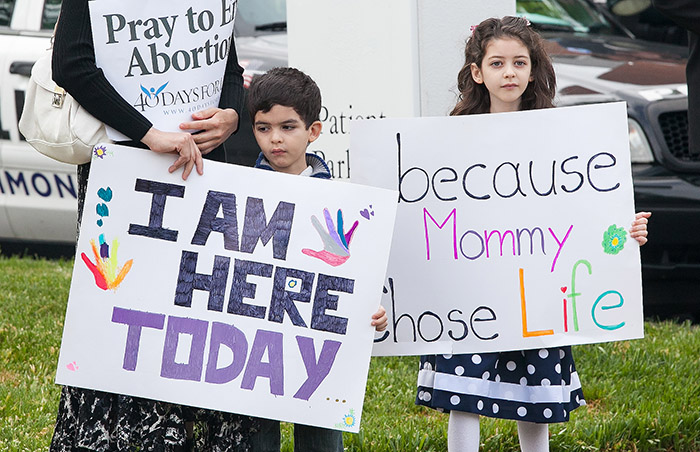 In what was unthinkable for most of my 50-plus years on this Earth, an authorized leak of a majority Supreme Court opinion, in process, was just released. The news appears to already be rocking the pro-abortion crowd to their collective core.

The Supreme Court has voted to strike down the landmark Roe v. Wade decision, according to an initial draft majority opinion written by Justice Samuel Alito circulated inside the court and obtained by Politico.

The draft opinion, which was circulated among the justices on Feb. 10th, is a well-thought-out, direct repudiation of the 1973 decision which guaranteed federal constitutional protections of abortion rights, and a subsequent 1992 decision – Planned Parenthood v. Casey – that largely maintained the right. “Roe was egregiously wrong from the start,” Alito writes.

“We hold that Roe and Casey must be overruled,” he writes in the document, labeled as the “Opinion of the Court.” “It is time to heed the Constitution and return the issue of abortion to the people’s elected representatives.”

Before pro-lifers get too excited, I can remember when the court was reportedly going to vote one way in an important case, but surprisingly it flipped at the last minute. Justices can and sometimes do change their votes as draft opinions circulate and major decisions can be subject to multiple drafts and vote-trading, sometimes until just days before a decision is unveiled.

During the arguments to maintain the definition of traditional marriage limiting it to one man and one woman, Chief Justice Roberts, a Catholic, was reportedly going to vote no for gay marriage with the conservatives. In the end, Roberts changed sides at the last minute creating a right in the constitution for homosexuals to marry too.

Deliberations on controversial cases have typically been kept away from the public to help minimize the emotions attached to their pending ruling.

The document leak appears to be an attempt to pressure at least one of the five Associate Justices reported in the majority to change their vote. The problem with the document leak is that several of the justices mentioned in the forthcoming majority opinion have already expressed their disagreement with the Roe ruling. They are not likely to change their votes due to some expected pressure from activists.

The court’s holding will not be final until it is published. That will likely happen in the next two months as Politico reported.

If the final draft contains the same arguments used in February,  the court in effect is ending a half-century guarantee of federal constitutional protection of abortion rights hence allowing each state to decide whether to restrict or ban abortion.

No draft decision in the modern history of the court has been disclosed publicly while a case was still pending. This unprecedented leak is bound to intensify the debate, possibly leading to violence from the pro-abortion side.

Right now: Barricades are up around the Supreme Court building, just minutes after reports from Politico were leaked indicating SCOTUS has voted to overturn Roe v. Wade. pic.twitter.com/LxR9rbs6TF

The draft offers an extraordinary window into the justices’ deliberations. Some court-watchers predicted that the conservative majority would water down Roe’s abortion rights instead of flatly overturning an almost 5-decade precedent. It appears in the draft the court is looking to reject Roe based on its poor legal reasoning and legal protections.

“Roe was egregiously wrong from the start. Its reasoning was exceptionally weak, and the decision has had damaging consequences. And far from bringing about a national settlement of the abortion issue, Roe and Casey have enflamed debate and deepened division.”

A person familiar with the court’s deliberations said that four of the other Republican-appointed justices – Clarence Thomas, Neil Gorsuch, Brett Kavanaugh, and Amy Coney Barrett – had voted with Alito in the conference held among the justices after hearing oral arguments in December, and that line-up remains unchanged as of this week, Politico reported.

The three Democratic-appointed justices – Stephen Breyer, Sonia Sotomayor, and Elena Kagan – are working on one or more dissents, according to the person.

How Chief Justice John Roberts will ultimately vote, and whether he will join an already written opinion or draft his own, is unclear.

The document, labeled as a first draft of the majority opinion, includes a notation that it was circulated among the justices on Feb. 10.

If the Alito draft is adopted, it would rule in favor of Mississippi in the closely watched case over that state’s attempt to ban most abortions after 15 weeks of pregnancy.

It’s unclear if there have been subsequent changes to the draft.

A Supreme Court spokesperson declined to comment or make another representative of the court available to answer questions about the draft document.