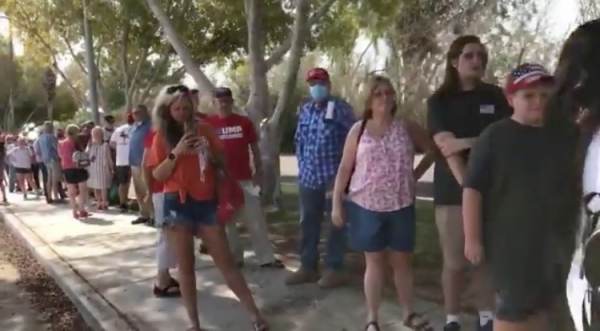 America has always had an infinity for the rich and famous.

From the Beatles to President Trump, millions of Americans are individually drawn to them and will do almost anything to see them. 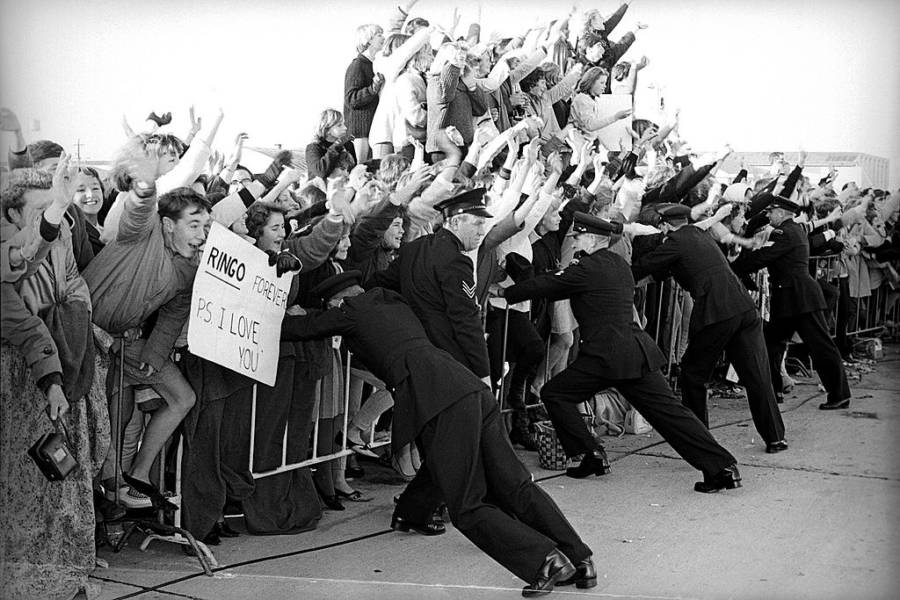 The Kenndey’s would draw larger crowds, especially JFK, and Barak Obama too, mostly starting from his pre-election to after his re-election, but President Trump can still fill up concert halls and other venues, when not blocked by VIRUS restrictions.

This week President Trump with the week is on a, 4 state, 5 stop, mini-campaign tour, so far with stops in Minnesota, Iowa, and today in Arizona.

Today is day 2 as the Democrats hold their DNC convention.

Good day from Yuma, Arizona ~ 77 days til the election.

Here’s the line to get into President Trump’s campaign event — I’m told it’ll be a 1000 person limit here at a Yuma airport hangar. pic.twitter.com/tMosLlZj0E

Supporters lined up in the sweltering heat to see President Trump speak in an airplane hanger at the Yuma, Arizona airport.

There is reportedly a 1,000 person limit at the Yuma airport hangar.

President Trump spoke in the scorching heat on Tuesday.

The 112-degree heat didn’t slow Trump down one bit.

He wore a full suit in the blistering heat while Biden hid in his basement.

He trolled Biden, the Biden administration, the failing DNC Convention, and much more during his 4o minute speech.

It is interesting to watch the left lose ground as their basement-dwelling candidate can’t finish a sentence.

I see more Americans walking away from their Democratic Socialist platform as they promise higher taxes, fewer rights, a one payer medical system, and embraces ANTIFA and BLM.

Everyone MUST vote on November 3rd, preferably (R) down-ticket, and NO to radical propositions.