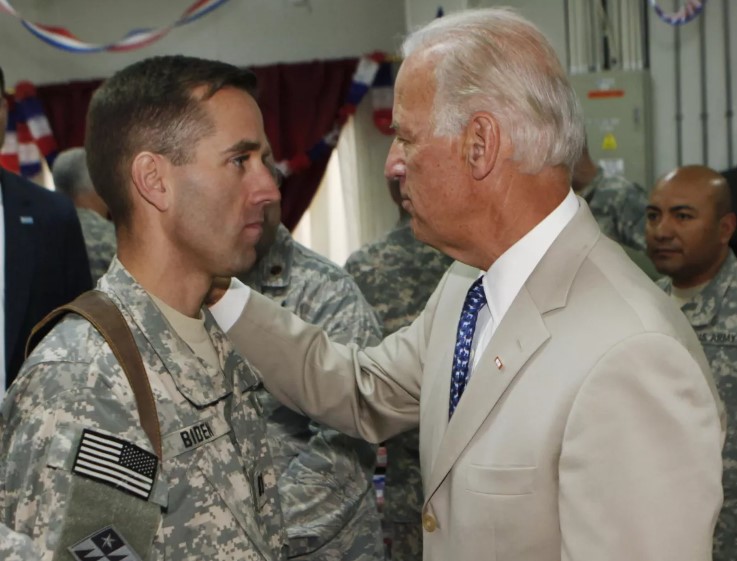 Once again, President Joe Biden made the news for making a false statement.

Unlike past commanders-in-chief, Biden’s declining mental acuity makes it difficult to ascertain if his comments are flat-out lies/exaggerations for political expediency or if are they imaginary events constructed in his fading memory.

On Wednesday, Biden incorrectly claimed that his late son, Beau, “lost his life in Iraq.”

During his speech in Colorado to designate Camp Hale as a national monument, the president discussed the many sacrifices that soldiers make before citing his son Beau as an example.

“I say this as a father of a man and won the Bronze Star, the conspicuous service medal, and lost his life in Iraq,” Biden said.

In reality, though, Biden’s son who did serve in Iraq, died at the Walter Reed Medical Center near Washington, from a glioblastoma brain tumor on May 30th, 2015.

Was Joe’s comment about Beau just another lie or was it a made-up story in his declining mind, which he actually believes?

The far-left New York Times is trying to provide some cover for Biden’s untrue comments, calling his lies, “storytelling”.

For more than four decades, Mr. Biden has embraced storytelling as a way of connecting with his audience, often emphasizing the truth of his account by adding, “Not a joke!” in the middle of a story. But Mr. Biden’s folksiness can veer into folklore, with dates that don’t quite add up and details that are exaggerated or wrong, the factual edges shaved off to make them more powerful for audiences.

Mr. Biden’s instances of exaggeration and falsehood fall far well short of those of his predecessor, who during four years in office delivered what the Washington Post fact checker called a “tsunami of untruths” and CNN described as a “staggering avalanche of daily wrongness.”

In late September, the president appeared to call out for now-deceased Rep. Jackie Walorski (R-IN) when giving a speech at a White House event.

“Jackie, are you here? Where’s Jackie?"

Biden called out a recently deceased congresswoman in remarks at a hunger conference she helped organize, addressing Indiana Republican Jackie Walorski as if she were still alive https://t.co/OX7620HKJs pic.twitter.com/QhjdsgsDrn

“I didn’t think she was going to be here,” he added.

Fox News published an article on Thursday; Biden’s lies and outright fabrications were repeatedly dismissed, downplayed, and softened by the media.

The media has long downplayed and softened President Biden’s decades-long history of falsehoods, as most recently evidenced by a euphemism-filled New York Times report that referred to outright fabrications and lies as “folklore” stories with “factual edges shaved off.”

The Times finally discovered Biden’s trouble with the truth on Tuesday but was widely mocked for using mealy-mouthed language in the report.

The Times noted Biden has lied about being “raised in the Puerto Rican community at home,” his academic record, his life story, being arrested when protesting civil rights, being arrested in South Africa, pinning a Silver Star on a Navy captain and even the timeline when he rode on Amtrak to visit his sick mother, among other things. He’s told other unbelievable stories that the Times failed to mention, such as the claim he confronted a gang leader named “Corn Pop” in the 1960s.