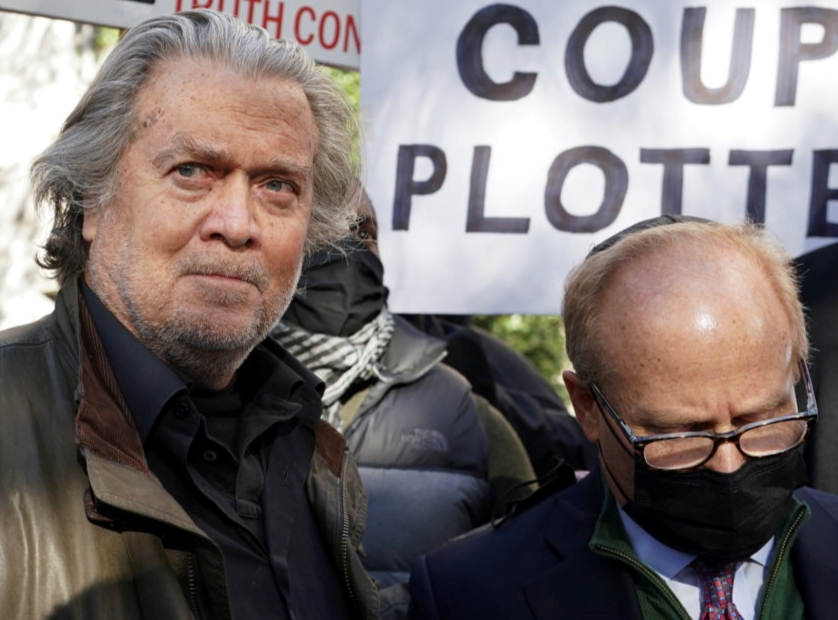 Our national capital has not really extended equal treatment under the law since Nixon, who was forced to resign from the Presidency over his pending impeachment trial over Watergate.

With impeachment proceedings underway against him for his involvement in the Watergate affair, Nixon was finally bowed to pressure from the public and Congress to leave the White House.

“By taking this action,” he said in a solemn address from the Oval Office, “I hope that I will have hastened the start of the process of healing which is so desperately needed in America.”

Since Nixon, former President Bill Clinton lied under oath during a deposition over his Monia Lewinksy affair but was not removed from office.  Former AG Eric Holder was held in contempt of Congress in 2012 but was not indicted.

Following 2 failed bogus impeachments of former President Donald J. Trump in the U.S. Senate, the left has been targeting January 6th protesters hoping to enforce their tyrannical vengeance against patriots.

“Based on long-standing U.S. Department of Justice authority, you should not appear for deposition or provide documents,” Bannon said.

A US president’s executive privilege is derived from the separation of powers.

As Bannon prepares for trial next month, his legal team has subpoenaed Speaker Pelosi and 15 lawmakers and staffers.

Steve Bannon, set to go to trial next month for defying a congressional subpoena, has subpoenaed House Speaker Nancy Pelosi and members of the House select committee investigating the January 6 insurrection as he builds his defense.

Bannon, a conservative firebrand who previously served as former President Donald Trump’s chief strategist and senior counselor, was charged with two counts of contempt of Congress in November 2021 after refusing to testify and produce documents. He has pleaded not guilty.

Last week, Bannon’s legal team subpoenaed 16 lawmakers and congressional staffers to testify at the July trial and produce documents, according to one of Bannon’s attorneys and copies of the subpoenas provided to CNN. The subpoenas were aimed at all nine members of the select committee, three committee staffers and General Counsel for the House of Representatives Douglas Letter. Bannon also subpoenaed House Democratic leadership, including Pelosi, House Majority Leader Steny Hoyer and Rep. Jim Clyburn.

Bannon’s attorneys are seeking to challenge the makeup of the House select committee, question lawmakers’ motives for targeting Bannon and argue Bannon was not required to testify because doing so could have jeopardized former President Trump’s executive privilege.

“I believed from the start that it’s a purely political motive going after Bannon,” said David Schoen, one of Bannon’s attorneys. He said if the committee truly wanted Bannon’s testimony, it would not have referred him for criminal contempt charges.

Unless something changes, I expect the Lawyers for Pelosi and Committee members to argue and probably get their subpoenas squashed, protecting the dirty mob.