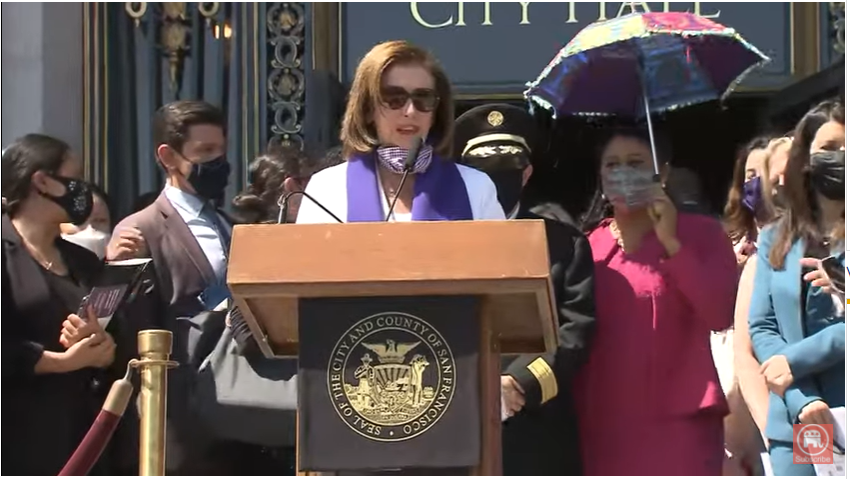 There is no greater self-serving fool in the US House of Representatives than the Speaker herself, Nancy Pelosi (D-CA)

Pelosi on Afghanistan. Says she hopes they can evacuate everyone:
This is a tragic situation

“Hopefully, as many as those people [Afghans and Americans] will be evacuated as possible — hopefully all,”

She continued making sure to insert women’s rights into the conversation while showing no true empathy for those struggling in Kabul’s chaos.

“But this is a tragic situation. I’ve been there eight or nine times to Afghanistan,” she continued about her inspection of women’s rights in the country. “We’ve changed Afghanistan in that respect in that women have seen the light of day, but now, that is under threat”:

Instead of canceling her attendance at a social justice event to focus on the 12 military service members killed and help get Americans out of Afghanistan, Pelosi on Thursday instead joined San Francisco Mayor London Breed, elected officials, and community leaders to commemorate Women’s Equality Day.

To confirm her lack of humanity, Pelosi carried on for around for several minutes, joking at times, as she began her comments at the podium.

Nancy Pelosi doesn’t care about anyone, anything, or any cause unless she gets the glory.

This leaves her shallow, aging, and a vessel for sale to progressives who want to destroy our nation.

On the bright side, the polling shows she could lose her Speakership as the GOP should take back the Congress in 22. Reports are circulating Nancy might retire soon as her pride will not let her leave office as the former Speaker.

May this come to pass, vote conservative!

Joe Biden Has To Go! Impeachment or Removal Via The 25th Amendment!
Officer Who Shot Unarmed Ashli Babbitt During January 6th Protest: ‘I saved countless lives’