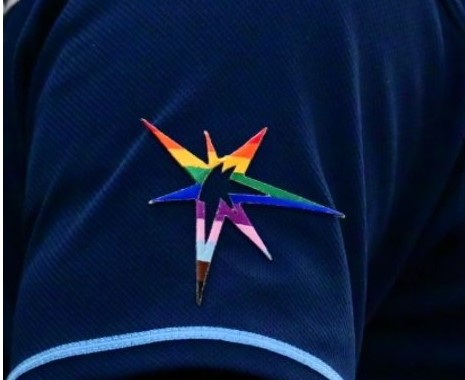 While there has been rapid cultural change during the COVID lockdown and re-opening, the Bible and core beliefs of Christians did not.

Some of those who still choose to honor God, instead of giving in to public pressure, and who also happened to be Tampa Bay Rays players, decided not to wear rainbow-colored logos on their uniforms as part of the team’s annual “Pride Night” on Saturday that recognized the LGBTQ community.

Tampa Bay Rays manager Kevin Cash addressed it after Sunday’s game, saying he doesn’t think it’ll negatively impact the clubhouse because discussions among the players over the past few weeks were constructive and emphasized the value of differing perspectives.

“First and foremost, I think the organization has done a really good thing to have Pride Night’s supporting our gay community to come out and have a nice night at the ballpark,” Cash said. “Impressed that our players have had those conversions and we want to support our players that choose to wear or choose not to wear to the best of our capabilities.”

Reliever Jason Adam was among those who opted out and said it was a “faith-based decision” for him.

“It’s just what we believe the lifestyle he’s (Jesus) encouraged us to live for our good, not to withhold,” Adam told the Tampa Bay Times. “But we love these men and women, we care about them and we want them to feel safe and welcome here.”

Critics argue that the law’s true intent is to marginalize LGBTQ people and their families, even though the bill says nothing of the sort, including the mention of the word ‘gay” anywhere in the language.

It’s great to see this professional baseball team still respects all their player’s views and not just those who have abandoned traditional values and beliefs.