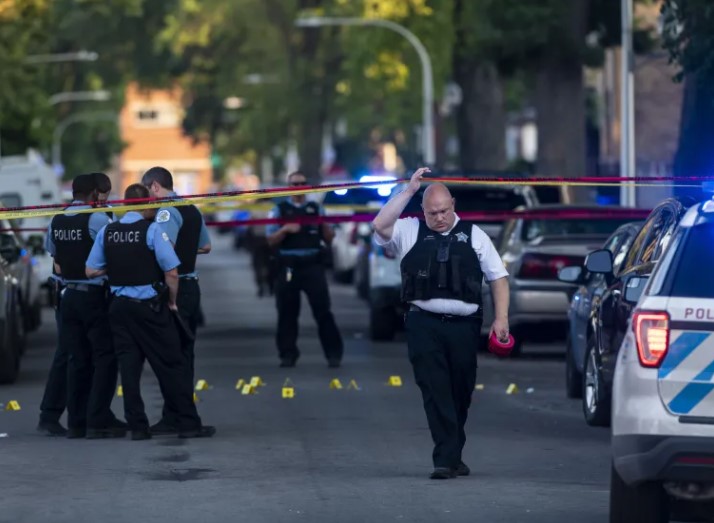 In our post-Christian America, a majority of citizens are living as though there is no God, and have turned over their safety and security to corrupt local, state, and federal government officials.

Since many public officials are wealthy and don’t live under the same conditions as their constituents, they act foolishly such as defunding the police in cities that have increasing criminal activity.

In 70 of the most left-leaning cities, George Soros-backed District Attorneys have significantly reduced bail, to zero in some cases, and have turned down prosecuting many winnable cases, increasing the number of shootings and deaths on their streets as a result.

In spite of the previous reasons I laid out, there is an ongoing debate on the causes of the recent spike in crime that has raged since 2020.

Many experts are blaming the pandemic and accompanying closures, restrictions, and isolation for a spike in crime.

While others have pointed to the “Ferguson effect” or more recent “Minneapolis Effect” for the increases, which resulted in less active policing during times of increasing crime.

Los Angeles, Washington D.C., Baltimore, Milwaukee, and Atlanta have all seen homicide numbers outpace their mark from 2021 halfway through this year.

Milwaukee has seen the largest spike in the group, according to crime data reviewed by Fox News. Wisconsin’s largest city has recorded 96 homicides as of June 17 compared to 77 at this time a year ago, a 24.7% increase.

The numbers continue a trend that has plagued the country since 2020 when homicides in the U.S. increased by nearly 30% compared to 2019. That trend continued last year, with the Council on Criminal Justice statistics showing homicides across the county in 2021 increased by 5% over 2020.

With the skyrocketing inflation number and fuel prices, crime is expected to surge again this summer, giving major cities little hope of slowing down the rising trend.

“Violent-crime increase—call it Ferguson Effect 2.0 or the Minneapolis Effect— has come on with a speed and magnitude that make Ferguson 1.0 seem tranquil,” the Manhattan Institute’s Heather Mac Donald said during 2020’s crime wave. “George Floyd’s death at the hands of Minneapolis police in late May was justly condemned — but the event has now spurred an outpouring of contempt against the pillars of law and order that has no precedent in American history.”

To me, this is not that complicated to figure out.

Americans should expect things to get even worse in the major metro areas, and for those living in them, if possible, escape for your and your family’s lives.