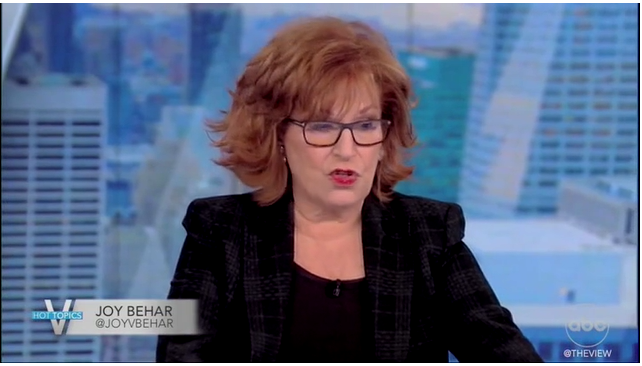 The political left has been able to wrangle away control of the White House, U.S. Congress, Media, and educational systems.

In their mob, white progressives are trying to manipulate Americans with black skin by using slavery from 150 years ago to justify the advancement of CRT and social justice.

What they did not expect was this same black population would reject the COVID vaccines, partly in response to a mistrust in the government because of the past mistreatment in their communities.

In response, a loose canyon just confirmed how these rich white people view them.

Joy Behar, a co-host on The View, made news while urging black people to get the vaccine.

Behar said that black people shouldn’t have vaccine hesitancy because “…the experiment has been done on white people.”

In her own mind, Behar thought she could display her understanding of their concerns by bringing up the Tuskegee experiments in which untreated syphilis experimentation was done on nearly 400 black people without their knowledge or consent for 40 years, between 1932 and 1972. Over 100 people died as a result of the study.

As a result of this injustice, Behar said she doesn’t blame the black community for their low vaccination rates.

“How do they get through to people like the black audience, for instance, the African American community, who has been burnt in the past by these Tuskegee experiments and things coming out that have harmed them,” Behar said. “I don’t blame that community for being skittish about it, but I say that so many white people have gotten it now, you know, the experiment has been done on white people now.”

I doubt Behar’s understanding of why black Americans don’t want to get vaccinated will change a single mind.