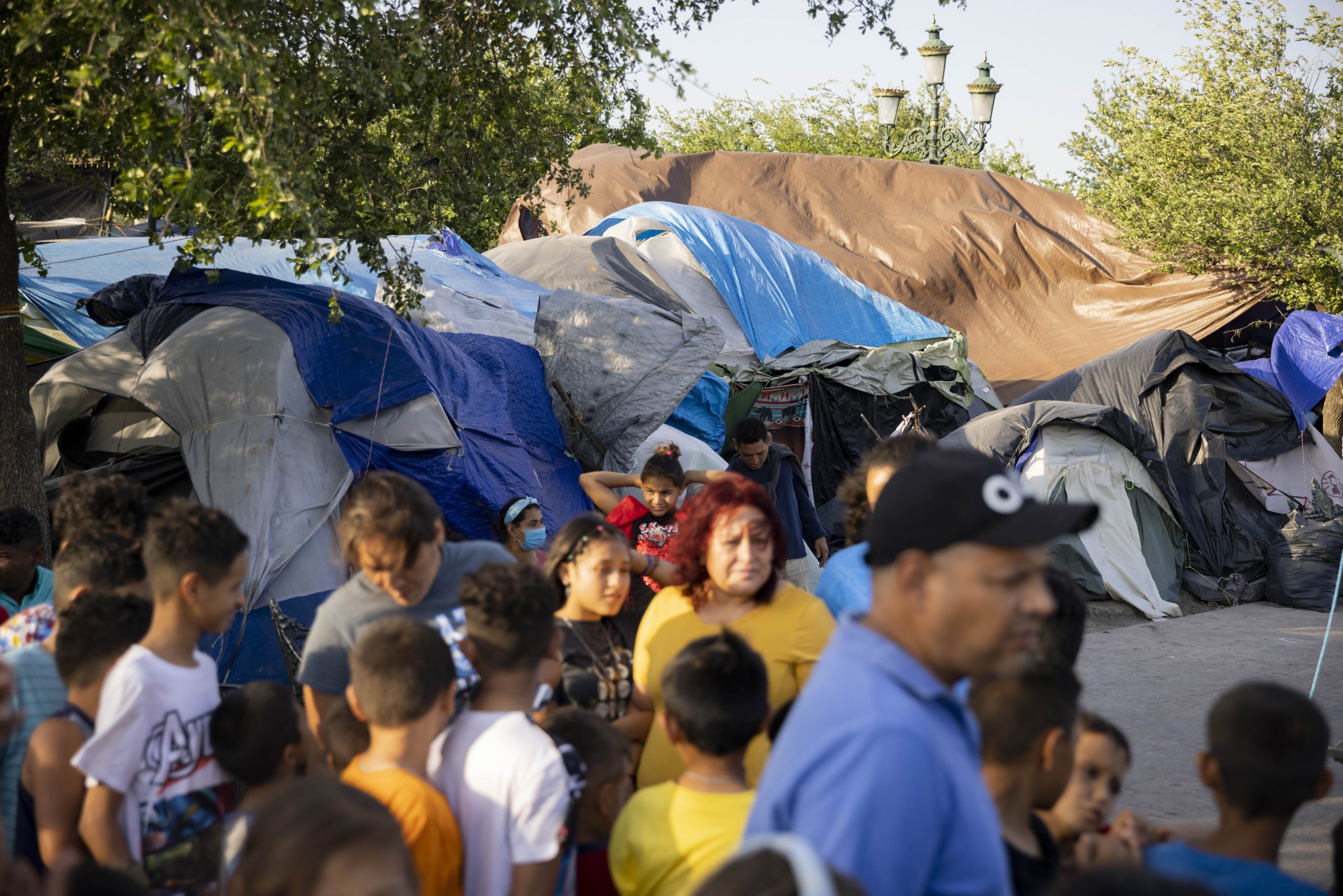 There is a debate underway concerning the Biden administration’s handling of the invasion on our Southern border.

Is Biden’s DHS Secretary Alejandro Mayorkas simply incompetent, unable to stop the millions of foreign nationals from streaming into the interior of our nation, or is he intentionally aiding and abetting illegal aliens, flooding the nation with those who Mayorkas believes should all be placed on a pathway to citizenship?

Either way, our country is collapsing from the financial and criminal costs of dealing with millions of unvetted people in our midst. and there will not be a new president until 2025 to try to turn back the insanity.

Arizona and Texas have been trying to put up their own border walls and deport illegals as they come in, but they end up getting sued by open-borders groups “representing” the illegals.

When asked by Rep. Chip Roy at a recent House Judiciary Committee hearing, Mayorkas actually said that the DHS has operational control over the border.

Sec. Mayorkas TESTIFIED that he has operational control of the border

That is factually incorrect

"[House Dems] do not seem interested in having a debate or a discussion here on the floor of the People's House about a crisis facing the state of Texas and this entire country" pic.twitter.com/iE6o0ZtOSK

Well if his intentions are to force and keep the border wide open, then he was telling the truth for once.

DHS is now releasing close to 100,000 illegal aliens per month into the interior of the country. This is being done by using a majority of the manpower the department has to process asylum requests and when needed to babysit unaccompanied children.  Pulling agents off the line is leaving the border unprotected in many sectors in Texas and Arizona.

Fox News’ Bill Melugin is reporting that the DHS has acknowledged in a court document that CBP and ICE released or paroled 95,318 illegal aliens just in the month of May alone. They are being dispersed strategically into swing states that the Democrats hope to flip blue, and where their constituents want cheap labor.

In April, 118,000 were released. In other words, there will likely be more than one million invaders released into every corner of this country in one year.

NEW: CBP & ICE released 95,318 illegal immigrants into the U.S. in May, according to a new DHS court filing. @FoxNews pic.twitter.com/6105AtrB1A

So who is included in the invasion? Besides those who are intentionally getting caught, in order to be released after promising to show up for a future court date, millions of others, identified as got aways continue to enter when border patrol agents are busy processing paperwork.

This group of unknown aliens includes those who have criminal records, are on terror watch lists, are cartel members, running drugs, are involved in human trafficking, etc.

NEW: Per CBP sources, there have been at least 445,837 known gotaways at the Southern border since Oct 1.

With the Supreme Court backing the federal government’s claims that they have sole responsibility for securing the border, I think Mayorkas will be able to continue this unfettered invasion without any real fear of reprisal or court interventions.

This means an additional 7 to 10 million more illegal aliens, “migrants”, will enter our nation before January 20, 2025.

What happens to them after the new president is sworn in will reveal in we still have a sovereign nation.