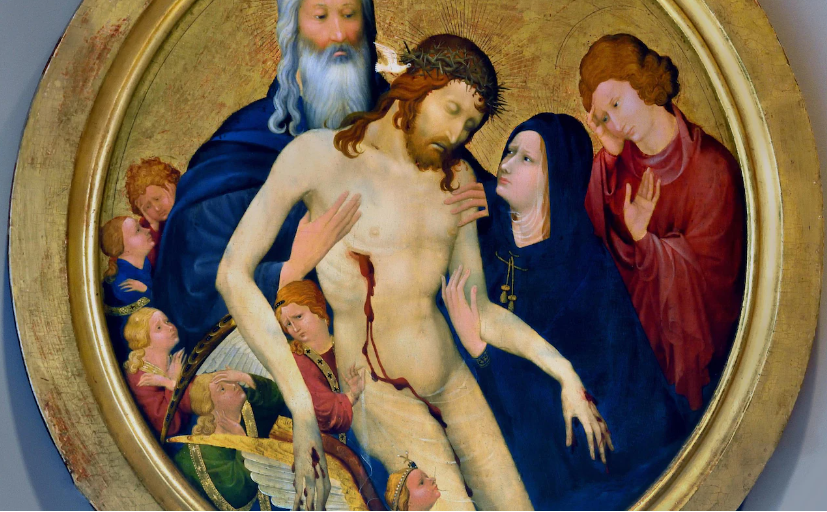 The dean of Trinity College, Michael Banner, has students distraught for supporting a disparaging lecture and paper about the Christian’s Lord and Savor, Jesus Christ.

In direct conflict with everything recorded in history, concerning the Son of God, “woke intellectuals” in academia are universally attacking everything about the historical understanding of the life, burial, and resurrection of Jesus Christ and the Bible overall.

Worshipers in a chapel at the University of Cambridge said they were left “in tears” after a research student claimed that Jesus’ side wound in Renaissance and Medieval paintings of the crucifixion can be likened to a vagina, suggesting Jesus could have been transgender.

Heath, whose Ph.D. was supervised by the former Archbishop of Canterbury Rowan Williams, said during the service that Jesus’ side wound and blood flowing to the groin in Pietà looks like a vagina.

To confirm Jesus had died on a Roman cross, soldiers pierced His side with a spear, “and at once there came out blood and water.”

The Cambridge research student then heretically referred to a 14th-century Prayer Book of Bonne of Luxembourg, saying this side wound was isolated and “takes on a decidedly vaginal appearance.”

The British newspaper quoted one worshiper as saying Heath’s claims left them “in tears” and made them feel excluded from the church.

A congregation member wrote a complaint to Banner, saying: “I left the service in tears. You offered to speak with me afterward, but I was too distressed. I am contemptuous of the idea that by cutting a hole in a man, through which he can be penetrated, he can become a woman.”

“I am especially contemptuous of such imagery when it is applied to our Lord, from the pulpit, at Evensong. I am contemptuous of the notion that we should be invited to contemplate the martyrdom of a ‘trans-Christ,’ a new heresy for our age.”

The Bible warned that there would be a falling away of the faith in the latter days.

The problem for Michael Banner and Joshua Heath and others who reject scripture, they will eventually have to give an account to Jesus, the God/man.

“I charge you therefore before God and the Lord Jesus Christ, who will judge the living and the dead [b]at His appearing and His kingdom:  Preach the word! Be ready in season and out of season. Convince, rebuke, exhort, with all longsuffering and teaching”. (2 Timothy 4:1-2)