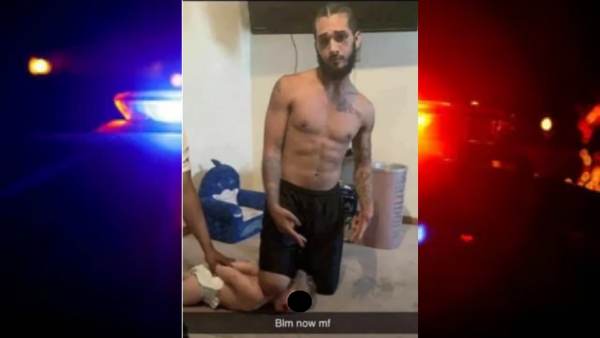 Following up on an article I wrote a few days ago concerning an angry, violent and criminal Black Lives Matter activist, PHOTO APPEARS TO SHOW BLACK LIVES MATTER SUPPORTERS HOLDING DOWN AND KNEELING ON NECK OF WHITE BABY, it is now reported the police have arrested and are finalizing charges against  Isaiah Jackson. Why so quickly, because the photo went viral and massive amount damnds for justice helped the comminuty abd plice to work together to get this criminal off the streets.

The Clark County Sheriff’s Office has confirmed that he is “100% certain” that charges will be filed against those responsible for the photo of a two-year-old baby being held down as his mother’s boyfriend kneeled on his neck.

The shocking photo went massively viral on Tuesday night but has been ignored by national news outlets.

In the photo, a man named Isaiah Jackson is seen kneeling on the neck of his girlfriend’s two-year-old son as another person holds down the diaper-clad baby’s feet. The photo was captioned with “Blm now mf.” 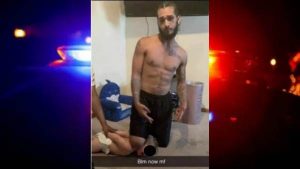 From The Gateway Pundit

Maj. Christopher Clark from the Clark County Sheriff’s Office confirmed to the Gateway Pundit that Jackson is now in custody. He was taken in on a probation violation while they decide what to charge him with in relation to the photo.

“They don’t want any chance of there being a possibility of the charges being dismissed,” Maj. Clark said. “They want to make sure whatever case they put on him is rock solid.” 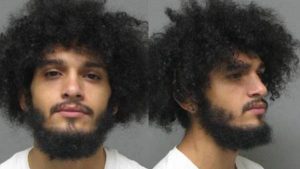 “I’m confident, 100 percent confident, that there will be charges brought against these individuals. It’s just a matter of making sure that our investigation is thorough and complete so that we file a charge that will stick and be convictable in court,” Maj. Clark told TGP.

Maj. Clark said that they are waiting on some additional information to come in from Facebook and are still working to confirm the identity of the person seen holding the child’s hands. He said that the prosecutor’s office is also consulting with the local children’s hospital and a doctor who is reviewing the case. The Sheriff’s Office will be meeting with them today or tomorrow and will then proceed with charges.

Maj. Clark said that they have interviewed the mother and that she was home at the time the photograph was taken but was not in the room. When asked if she may potentially face charges as well, he said that is something that the prosecutor’s office is reviewing.

“She was home, but she was not aware that the photo was being taken at the time. She did not find out about it until later on the next day. We have interviewed her and we are still working with her and that is something that the prosecutor’s office is also reviewing,” he explained.

“We’re having some difficulty with getting a positive identification on that person who is holding the child’s hands down,” Maj. Clark explained. “We are still working on getting that person identified.” The mother only provided them with the first name of the person.

The grandmother, who the Gateway Pundit has opted not to name for the child’s safety, told TGP on Tuesday that the baby is now with her son and safe. She said that the baby had x-rays taken and that they did not find any injuries.

“When I saw the person holding his arms back it made me so much more upset,” she said. “The fact that he was crying, it makes my stomach hurt. He didn’t have anyone there to protect him or stop it.”

The grandmother also said that she would like to see charges against the mother.

I hope to never hear about or see a photo of this type of abuse to a child. To my amazement, some of the radicals, including a teacher, where disappointed the child did not die from the pressure on his neck, one tweeted – ‘Lean Into it Until Death!’ – A Special Education Teacher Encourages Black Lives Matter to Kill White Baby in Viral Photo.

Praying for justice for this small victim, and for peace to return to the United States Of America.