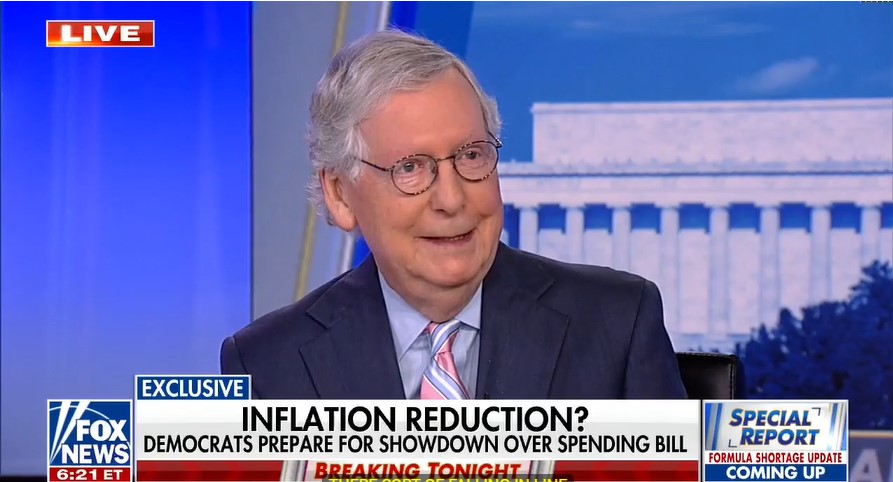 One of the reasons a multi-billionaire and reality television star was elected to be the President of The United States in 2016 was because of the lack of hope, vision, and tenacity being put forth by the leaders of the Republican party.

The man, Donald J. Trump, who became the 45th President, was revered by a majority of the US population, before running for political office, because of his optimism, leadership, and example that people should strive to be the best at whatever they set their minds to do.

This popularity made Trump’s show, The Apprentice, one of the most watched weekly shows in recent history.

On the opposite side of the leadership scale, Senate Minority Leader Mitch McConnell (R-KY), is known for his low energy and lack of leadership.

Mitch instead of leading the troops into battle, has been more comfortable in establishing what he requires of those who want to be accepted by the GOP Senate leadership, compliant and mediocre talking heads.

Well unlike Trump, famous coaches and motivational speakers, and even poker players, McConnell almost 3 months out from the 2022 mid-term elections is already showing his cards by indicating that he doesn’t believe the Senate can’t be taken back by the GOP, but via his traditional and more coded language.

Instead of sounding the alarm for all hands-on deck battle planning sessions, the Senate Minority Leader is telling America that the GOP only has a lukewarm chance of flipping the Senate in November, blaming “candidate quality” as a factor.

The senator made the prediction at the Northern Kentucky Chamber of Commerce luncheon on Thursday afternoon.

“I think there’s probably a greater likelihood the House flips than the Senate,” the minority leader anticipated. “Senate races are just different, they’re statewide. Candidate quality has a lot to do with the outcome.”

“Right now, we have a 50-50 Senate and a 50-50 country, but I think when all is said and done this fall, we’re likely to have an extremely close Senate. Either our side up slightly or their side up slightly,” McConnell explained.

The Kentucky senator – who has led the Republican Party in the U.S. Senate since 2007 – has weathered midterm defeats in the past. The GOP failed to capture a Senate majority in 2010 and 2012 due to candidates like Todd Akin in Missouri and Christine O’Donnell in Delaware.

It remains to be seen how Senate elections will play out. While Republican J.D. Vance holds a 5-point lead over Democratic opponent Tim Ryan in Ohio according to a new Emerson College poll, the race remains tight.

Without the GOP taking back both chambers of congress, globalists will still be able to advance some of their agenda using the hollow man sitting in the Oval Office.

All I can say is VOTE, VOTE, and make sure everyone you know VOTES (R) on November 8th, for Liberty’s sake.